Clinton Denies She Is Target of FBI Investigation 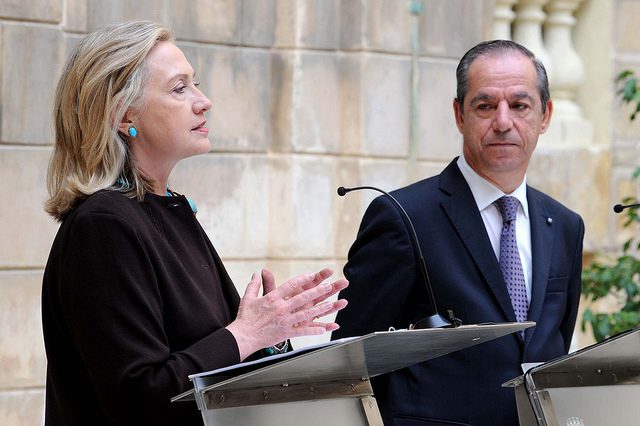 On Monday, March 7, 2016, the Democratic frontrunner, Hilary Clinton denies the FBI has informed her of being the target of an investigation. According to the Hill, Fox News anchor Bret Baier asked the presidential nominee hopeful about the investigation, to which she replied, “Absolutely true.” Confirming she or her attorneys have not been apprised of the FBI probe in which she is among the targets. During a town hall in Detroit, Clinton used the moment to reiterate her innocence. However, the former secretary also indicated the classification process is complicated and confusing to everyday Americans.

In another response, the former secretary said, “I have said it was not the best choice to use a personal email. It was a mistake.” Clinton also denied that any of her former staff is the subject of the investigation. However, during a Democratic presidential debate, she said, “I am 100 percent confident [that the probe will not become criminal].”  Referring to a report released earlier this month announcing the formal FBI investigation connected to Clinton’s private email server. Just one day before the New Hampshire Primary.

The Justice Department has granted immunity to Bryan Pagliano, the former State employee responsible for helping Clinton set up the server. Pagliano is apparently working with the FBI to avoid prosecution stemming from charges as a result of the investigation. Key details of the probe have not been released and remain unclear. However, the fact remains there is an ongoing FBI investigation into the private email server used by the former secretary of state.

One Response to "Clinton Denies She Is Target of FBI Investigation"