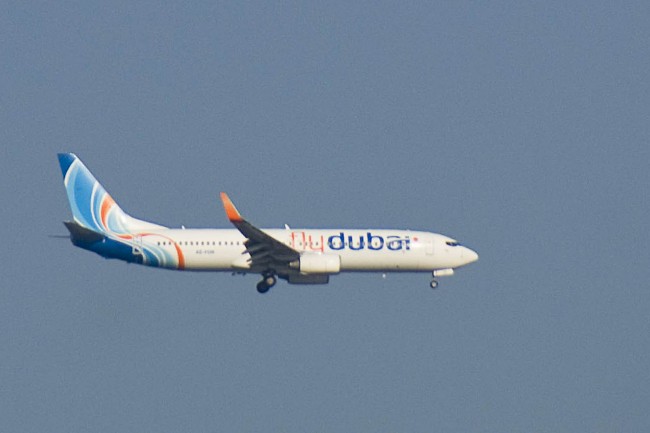 All are presumed dead in a plane crash in Southern Russia with confirmed reports of FlyDubai crash in the Russian city of Rostov-on-Don. March 19, 2016, reports citing Interfax, a Russian non-governmental news source, said that the plane crashed on a landing approach. Early reports suggest that all passengers and crew aboard the aircraft are dead. The plane was a Boeing 737-800 identified as Flight 981.

According to the report from Deutsche Welle, Russian officials say that there were 55 people on the plane when it went down. CNN also confirms these reports citing Russia’s Southern Regional Emergency Center. It appears that poor visibility conditions existed at the time of the crash. “All the passengers who were on board were Russian citizens. Crew members were foreigners,” a spokesman said.

Flight 981 left Dubai on Friday, March 18 at and was scheduled to arrive on Saturday at Rostov-on-Don in southern Russia. Boeing states that it is aware of a possible incident involving a Boeing plane crashing in Russia, however, the investigation is still underway. FlyDubai, a United Emirate carrier appears to have its entire fleet made up of Boeing 737-800 planes.

Dubai Aviation Corporation, trading as FlyDubai, is a low-cost airline with its head office and flight operations in Terminal 2 of the Dubai International Airport.