Inspiring Minds…That Is What I Do 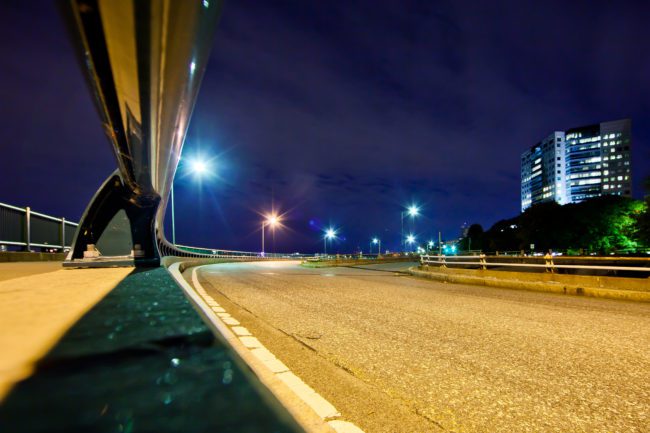 At the vintage age of 82, and fast approaching the “twilight years” of my life, I have lived above and beyond my dreams. Yet, I am still being blessed to remain on this planet, with eyes, ears, nose, throat, and all other movable limbs still functioning …quite normally. In fact, with a little help from my blood pressure pill, water pills, stroke prevention pills, cholesterol lowering pills, and the pills that soothe my acid reflux… I feel great!

But, what makes me feel even greater is, for the last 16 years I have had the privilege of working with young grammar school, high school, and college students throughout Chicagoland and its surrounding suburbs.
It is my firm belief that God has given each and every one of us a gift, a special talent. It is our challenge to tap into that gift; dare to dream but always persevere toward making that dream a reality. Many have discouraged our youth, telling them not to place their hopes in dreams. But I encourage all: young, middle age, and older to continue dreaming and once achieving a dream, it is okay to pursue another, and even another.

During my younger years I had no idea what my gift was. I soon learned I could not sing. In fact, as my older relatives would say, “Lord that girl couldn’t carry a tune in a basket.” I could do the “Funky Chicken” and I had plenty of rhythm but not enough to warrant a career in dancing. Spending many hours playing by myself, (I had an older brother but no female sibling), I tried being the student and the teacher, which was not too encouraging.

When my father was asleep, I tried my hand at hair styling on his hair, but that ended when he awoke and found me using spit instead of hair grease. When we had talent hour in grade school, I would recite some of Paul Lawrence Dunbar’s dramatic monologues. Sometimes when I would forget some of his words, I would put in my own words. That really went over big. I began to dream about becoming a famous movie star and moving to Hollywood. I still had not realized what my “gift” was.

After graduating grammar school, then high school, and attending a year of college; I was still very young, and I thought I knew more than the professors who were teaching me. I decided to join the work force. I quickly learned what it meant to be black. There were not many jobs for a black 17-year-old female. I tried getting a job as a typist, if you were white you only had to type 30 words per minute. but if you were black you had to type 60 words per minute. Since I had not quite honed my clerical skills, I could only type 35 words in a minute. After seeking employment for several weeks, I was offered a job in a factory making radio speakers. The hours were long, the work was hard, and the pay was… minimum. Although my father had preached that education was the key to success, I was determined to make it without returning to school.

One weekend while visiting a friend, I met a girl who had served in the Navy. She held a group of us spellbound as she told stories of her military experiences. That weekend proved to be a turning point in my life; I was going to join the United States Navy. As fate would have it, I ended up at the wrong recruiting office and instead of joining the Navy, I enlisted in the Air Force. My tour of duty in the military was shortened when I married and started a family. Although I enlisted during peace time, and did not get the opportunity to travel overseas, I am still proud of my decision to serve my country. Several years later, I realized the positive influence my time in the military had made on my ability to raise and encourage my three sons to become hard working, productive, self-supporting men who respected the rights and property of others.

As I was nearing the end of my parental “tour of duty,” (my teenage sons would soon become adults), I decided to teach by setting an example. While my husband was the head of our family and certainly a good and decent role model, it was decided that I would go back to school to prove to my sons, and to myself, my father was right. Education is an important and viable key to success. It was while pursuing a degree in Theater Technology at Kennedy King, a two-year city college in Chicago, I became aware of my “gift.”

When learning that I was taking several writing classes, several students in the theater department challenged me to write a play. They explained that every spring, black students from colleges and universities across the country would attend an annual theater conference where they exchanged ideas and competed in extemporaneous speaking, dramatic monologues, acting, and play-writing. Kennedy King College had taken first place in all these categories except…playwriting.

I really enjoyed my writing classes, but I never aspired to become a writer. After several days of pleading and prodding me, I agreed to accept the challenge. I had never written a play before but because of my secret dream of becoming an actress, I had read and performed many plays. This helped me to know a little about structure, and because of my extensive writing and English classes, I was pretty good at grammar and punctuation. Never expecting to win the contest I wrote about my childhood, growing up at 227 East 48th Street in Chicago. I wanted to show how the childhood relationship between me and my best friend had extended into our adult lives, causing our children to experience the joy of life-long friendships. The play not only won that contest, but went on to win several other play-writing awards including the Norman Lear and the Lorraine Hansberry. Two twenty-seven was adapted to television and became NBC’s hit television series “227.” I had finally come face-to-face with my “gift.”

After experiencing Hollywood for several years, a family crisis brought me back to Chicago, where I still have residence. Not wanting to become discouraged by personal setbacks; situations beyond my control, I made the difficult decision to become the caretaker for two people I truly loved, my mother and my husband of 30 years. Soon after my mother made her transition, my husband was diagnosed with dementia. While engaged in this new challenge, I decided to test the limits of my “gift.” I enrolled at Chicago State University, and at the age of 70, I received a B.A. in CMAT (Communications, Media, Arts, & Theater). While a student at CSU, I was inspired to write a book documenting my true-life experience of caring for the love of my life, who will soon forget what we did together and how much we meant to each other.

As I look back over the road I have traveled, I realize something about my “gift.” It has enabled me to become a playwright, a director, a television writer, a screen writer, a novelist, and a professor, teaching and inspiring future writers. I teach my students to write about the things they are passionate about. Write about topics that depict their heart-felt beliefs; topics that spark sensible debates with the goal of understanding where other people’s points of view come from. I teach them that being a good writer means never being satisfied with superficial knowledge. They must search for causes. I teach them that a good writer should know economy, psychology and sociology, and maintain a sense of balance and good taste. I assure them they can learn these things with patience, determination, and hard work. I challenge them to continue to dream, continue to be inspired, and above all, seek their “gift” and tap into it. I did, and look at me now; enjoying life, living in my future and hoping to inspire someone…ANYONE!

One Response to "Inspiring Minds…That Is What I Do"