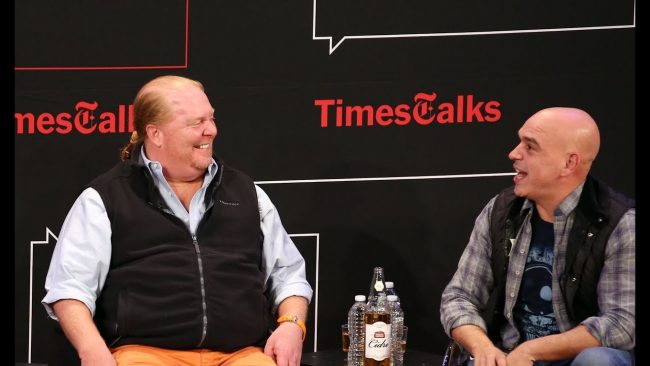 On March 6, 2019, 15 months after several women accused celebrity chef 58-year-old Mario Batali of assault, sexual harassment, and rape, the 20-year partnership between Batali and the Bastianich family of restauranteurs, have been dissolved.

Batali has also given up his shares of all his restaurants the shares who owns in Eataly food market.

Tanya Bastianich Manuali will head the operations of a yet unnamed company being formed to replace the Batali & Bastianich Hospitality Group.

The new company will operate 16 restaurants under a new financial structure and management, including the popular Osteria Mozza, Eataly, Babbo, and Del Posto.

After the sexual misconduct allegations came to the forefront, Food Network shelved their plans to update his “Malto Mario” show. He also lost his co-hosting role on “The Chew” television show on ABC, and Eataly stopped carrying his name brand products.

In Dec. 2017 after police started investigating Batali regarding his history of sexual misconduct, reservations at the Del Posto restaurant in Manhattan shrank.

Six of the group’s restaurants in East Asia and Las Vegas closed after the Sands casino terminated their contracts with Batali & Bastianich. Finally, the group’s upscale newly opened La Sirena in Manhattan closed in Dec. 2018.

2 Responses to "Mario Batali Gives Up His Entire Restaurant Empire"