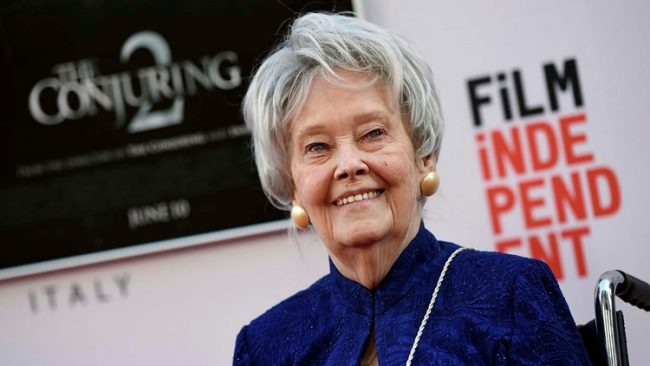 Lorraine Warren the paranormal investigator and demonologist whose real-life inspired films such as “The Amityville Horror” and “The Conjuring” died on April 18, 2019, at 92 years old.

Tony Spera, the son-in-law of Warren, wrote on Facebook “Warren passed away in her sleep peacefully at her home. She was a loving, remarkable, compassionate and lovely soul.” He added that she loved animals and donated to many rescues and animal charities. She loved everybody she met and was so giving to her family.

Warren and her husband Ed founded the New England Society For Psychic Research. The team investigated numerous supernatural cases including the Amityville horror murders, the West Point ghost, the Smul haunting, the Perron farmhouse haunting, and the Lindley Street poltergeist.

The life work of the Warrens’ inspired the movies “The Amityville Horror,” “The Conjuring,” “The Nun,” and the series “Anabelle.”

The Warrens wrote multiple books based on their investigations. Ed Warren died in 2006.

Vera Farmigo was the actress who portrayed Warren in “The Conjuring 1 and 2,” “The Nun” and the yet to be released “Annabelle Comes Home.”

Farmigo tweeted on Twitter “From the deep sorrow I am feeling, a feeling emerges of gratitude. I was honored to have known this wonderful woman, and it was an honor to play her in the movies.  Her entire life was lived with cheerfulness and grace.”

The latest “Conjuring” film “The Curse of La Llorona” opened on April 20.