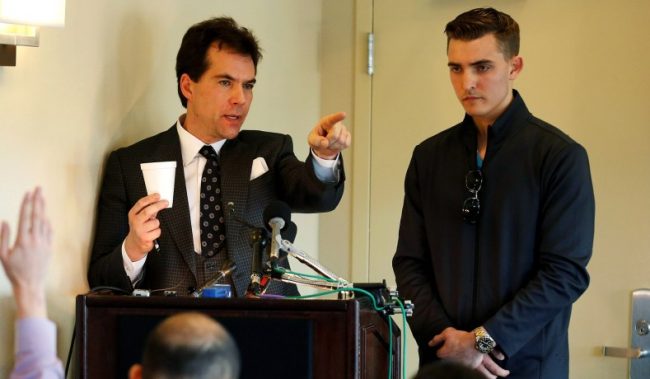 The Daily Beast Reports on April 29, 2019, that they found evidence that sexual assault allegations against Mayor Pete Buttigieg may have been staged by Jack Burkman and Jacob Wohl who are far-right activists.

Earlier in the day an individual named “Hunter Kelly” wrote on Medium that Buttigieg sexually assaulted him. However, he could not give many details regarding the incident.

The story was immediately reported by far-right publications like Big League Politics and Gateway Pundit. The stories were taken off their sites quickly.

The Daily Beast found “Hunter Kelly” who is a Trump supporter, and he denied Buttigieg sexually assaulted him.

He said that when he went to sleep and got up in the morning he learned that a Twitter account was made called @RealHunterKelly. He also discovered an article which said was written by him, that alleged he did not write or endorse.

He told the Daily Beast that he has left and is in the process of writing a statement to give to the press and the family of Buttigieg.

The Daily Best was told by another supporter of Trump that Burkman and Wohl came to him about a week ago. They used a false name and pitched a scheme which was similar to attack Buttigieg. His story was corroborated by audio
recordings.

Wohl is known to be a troll of Trump was banned indefinitely from Twitter after in an interview he described how he made fake Twitter accounts to manipulate others. He also tried to recruit women to say, Robert Mueller, raped them.

He also admitted to inventing “Surefire Intelligence” a private intelligence company which was fake in order to make his scheme look more legitimate.

Burkman and Wohl held a press conference to discuss this saying they would present the accuser of Mueller. However, she never appeared.