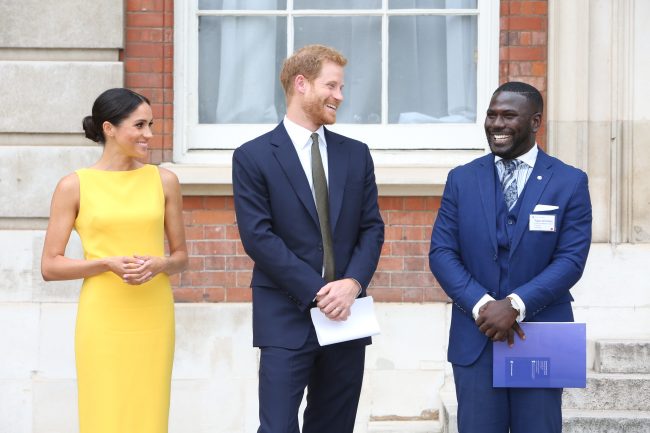 Leading up to the birth of the newest member of the royal family, it seemed as if royal baby fever was at an all time high. Then on May 6, 2019, the Duke and Duchess of Sussex welcomed their first born son, and social media went wild. First there was the speculation as to what the couple might name their child, and then there were the people waiting for the very first look at the newborn.

As of May 8, both the name and first picture have been revealed, and while one might think that this would help to ease some of the baby fever that has become so prevalent on social media, it feels as if it has only increased the interest people have in the new addition to the royal family. Perhaps it should come as no surprise that royal baby fever is at an all-time high, after all, the Duke and Duchess of Sussex are one of the more popular couples in the royal family.

All it takes is looking at the couple’s wedding to realize that people want to know more about Meghan Markle and Prince Harry. This includes getting glimpses into their private life, and now that they have a child, this interest feels even more intense.

On social media, it seems as if every single account for the royal family has offered not only their congratulations to the Duke and Duchess of Sussex (which makes sense), but have also posted pictures of the couple with their baby. Of course, the royal family is not alone in this, as it appears as if every media outlet is doing the same thing.

It is nearly impossible to scroll through any social media platform without seeing either a mention of the Duke and Duchess of Sussex and their son Archie, or images of the trio together. Considering how much negative news there is in the world, it makes sense that many people are turning to the royal baby as a means of escape. It is a bit of happiness in a world that feels like it is falling apart at the seams.

With the introduction of the first child of the Duke and Duchess to Queen Elizabeth II and her husband, Prince Phillip, the couple also shared the name of their son with the rest of the world. Officially, the newest addition to the royal family is Archie Harrison Mountbatten-Windsor, and according to “CNN,” the name is one that the couple was in love with, even if it has seemingly never appeared in the family tree before.

It makes sense that even with their child’s name, the Duke and Duchess of Sussex are blazing their own trail. Even before they were married, the couple showed a desire to push boundaries, make new traditions, and find their own path, even within the structure that is the royal family. As the couple continues to find ways to do their own thing, people’s interest in not only them as a royal couple, but also their child seems destined to grow, at least for now.