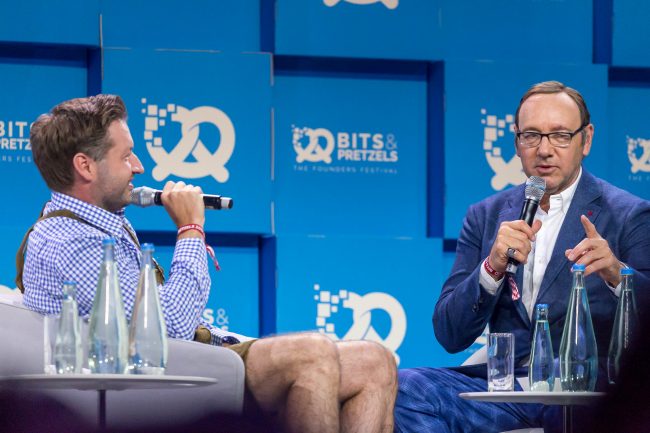 A massage therapist, who has been allowed to remain anonymous, and claims to have been sexually assaulted by Kevin Spacey has died, according to a notice that was filed by Spacey’s attorneys.

The massage therapist claimed that in September 2018 Spacey forced him to grab Spacey’s genitals twice during a massage that took place two years earlier at a private Malibu residence. In May, a California federal judge allowed the case to move forward despite Spacey’s objection that his accuser’s identity was being shielded.

Now, a month after the parties decided on a plan for proceeding with the suit, the plaintiff’s attorney has informed Spacey that the client has passed away. The trial was expected to take 11 days.

No further details have been made available and the request to the plaintiff’s attorney for more information remains unanswered.

Recently, Spacey found himself in another legal situation that brought criminal charges against him in Nantucket, Massachusetts. Those charges were dropped. In that case, the actor pleaded not guilty to felony indecent assault and battery. Prosecutors dropped the charges after the accuser, a teenage busboy stopped cooperating.

The “anonymous” lawsuit represented the most significant legal situation for Spacey, who has been accused of improper sexual conduct against multiple individuals. In a joint report filed in August 2019, the plaintiff’s lawyers also represented two other alleged masseur victims of Spacey expressing “concern for the safety and/or do not want their names publicly revealed in the media.”

The heirs of the deceased anonymous alleged victim could choose to continue the lawsuit; however, the issue of anonymity could provide complications. To show just cause to sue, the heirs would have to identify the deceased accuser after receiving the go-ahead to administer his estate in probate court. Additionally, a judge might not be inclined to protect the privacy interests of the deceased. If the case did proceed, the loss of the most important witness to the alleged sexual assault case would make it difficult to litigate.

Genie Harrison, attorney for the deceased, sent The Hollywood Reporter a lengthy statement on Sept. 18, 2018, in response to the filing: “It is true that Mr. Doe recently died. His untimely death was, to his family, a devastating shock that they are struggling to process and is so recent that they have not yet held his funeral service. Out of professional responsibility, we notified Spacey’s counsel of Mr. Doe’s passing. We explained our intent to allow his family more time to get past their immediate, paralyzing grief and begin settling his affairs before we filed a death notice with the court – which is our prerogative as his counsel. Spacey ignored our request for compassion and filed the notice yesterday without our consent.”

The filing ticks off a 90-day clock on Harrison’s ability to substitute the deceased’s estate as a plaintiff and called the decision to file the notice “unnecessary and contemptible.”

“Mr. Doe’s family must now open his estate at the same time as planning a funeral and processing their grief. Mr. Doe was a dignified, kind, middle-aged man traumatized by Spacey’s alleged sexually depraved attack. As a result of this case, other victims from around the world have reached out to our firm. Mr. Doe believed their harrowing stories, and in his final months he looked forward to standing up for all of them. His fight for justice is still very much alive.”

In June, the anonymous accuser was ordered to reveal his identity to Spacey and his legal team, however, a judge allowed it to remain confidential in further proceedings.

The second complaint stated that Spacey allegedly attempted to forcibly kiss the anonymous victim and said something about performing oral sex on the man, according to the Los Angeles Times.