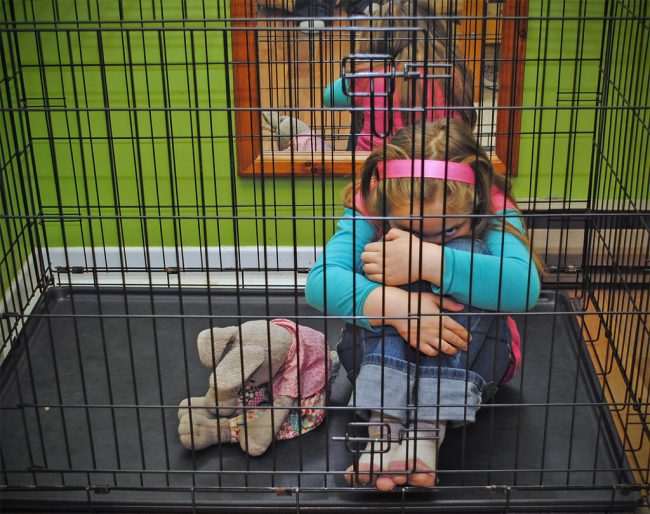 After a 15-year-old sex trafficking victim committed suicide, her family pleads for justice.

Letty Serrano seemed like a typical high school student with a loving family before she was forced into sex trafficking.

Cynthia Rivera, Serramo’s grandmother said, “She was a great girl. She was a good student and she loved her puppies.”

On Oct. 12, 2019, Serrano took her own life. Her family says it was because she was a victim os sex trafficking.

According to the family, when Serrano was just 13 years old, she was drugged and sold to sex traffickers.

When her family was able to get her back, they said she was not the same girl.

Rivera stated, “We got her back damaged.”

Mariano Serrano, her father, told ABC13 that he is destroyed about what happened to his daughter. “I feel like I let her down.”

Currently, the family is raising money on Facebook to pay for Serrano’s funeral service. However, they want people to know how prevalent sex trafficking is in Houston and how to fight it.

According to Micah Gamboa, the executive director of Elijah Rising, there are thousands of trafficking victims in Houston and more than 300,000 in Texas.

Elijah Rising reports that suicide is common among the victims of sex trafficking because their traffickers are rarely caught.

In September 2019, officials conducted a six-day sting. They separated dozens of victims from their abusers and provided resources for the victims to rebuild their lives, according to the Harris County Sheriff’s Office.

The Human Trafficking Rescue Alliance’s Operation Independence ran from July 29 to Aug. 3. During that time, they pooled resources from almost two dozen agencies and social service organizations, according to Harris County Sheriff Ed Gonzalez. They made 37 arrests and 32 of them were women.

“I want to make one thing about these women clear: In virtually every case, these women are victims. Our goal is not necessarily to send them to prison. Our goal is to save them from their abusers and give them resources they need to turn their lives around. Unfortunately, sometimes the only way to get them away from their abusers is by placing them under arrest,” according to Gonzalez.

During the sting, undercover officers arranged meetings with the victims and their traffickers to exchange money for sex, states Gonzalez. Once the victims arrived, they were detained at a fire station in Spring, Texas.

Gonzalez said, “One third of the women immediately made outcries stating that they had been forced into prostitution. We strongly believe that the others are also likely victims of abuse and we are working actively to help them.”

During the sting operation, a team of social workers was available to help as well as members of the Texas Forensic Nurse Examiners. Medical evaluations and sexual assault kits were conducted.

Some of the victims also suffered from substance abuse, and some “lived lives of constant horrific physical and psychological abuse.”

Gonzalez stated, “None of them entered into prostitution because they believed it would be a fun way to earn a living. When they were little girls, none of them dreamed of growing up to one day have sex with men for money. They need help and we are committed to giving it to them.”

Sgt. John Wall of the Houston Police Department Vice Division stated that traffickers use techniques that prevent the victims from reporting their abuse.

“The most common we see are physical and emotional abuse, threats, isolation from family and friends and economic abuse. As a result, these victims become trapped and fear leaving for a variety of reasons, such as psychological trauma, shame, emotional attachment or physical threats either to themselves or to their family members, making [it] extremely difficult for them to report to law enforcement,” according to Wall.

Officials state that trafficking impacts people of all socioeconomic backgrounds.

In July, 89 men were arrested for seeking sex for money, including nine alleged traffickers in Houston.

According to Crime Stoppers, “human trafficking is a form of modern-day slavery in which traffickers use force, fraud, or coercion to control victims for the purpose of engaging in commercial sex acts or labor services against his/her will.”

In the Greater Houston Area, the I-10 corridor is a hub for trafficking modern-day slaves.

Here are some facts about human sex trafficking in Houston: