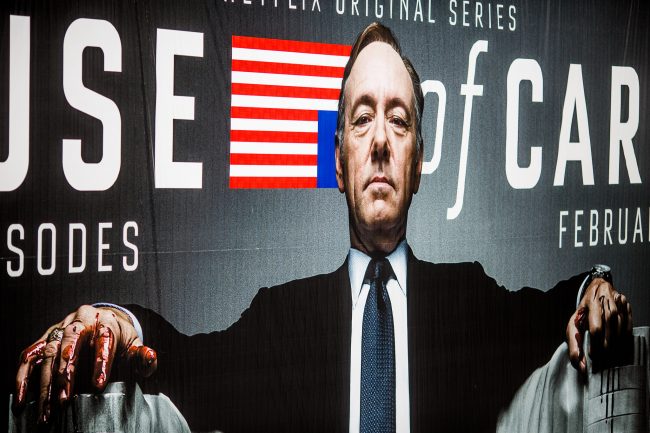 Forty-seven-year-old Ari Behn accused Spacey of groping him under a table at a Nobel Peace Prize event in 2007, according to the Washington Examiner. Behn was married to Norwegian Princess Martha Louise from 2002 to 2017.

“It is with great sadness in our hearts that I on behalf of the very closest relatives of Ari Behn must announce that he took his own life today,” Geir Hakonsund, Behn’s manager told Norway Today. Behn was found at his home in Norway.

Behn is the third Spacey accuser to die in 2019. In May, accuser Linda Culkin was killed when she was hit by a vehicle in Massachusetts. She accused 60-year-old Spacey of sexual harassment. In September, another sexual harassment accuser, who was a massage therapist, died in the middle of a lawsuit against Spacey.

This most recent death comes the day after Spacey released a video on YouTube titled, “KTWK (Kill Them WIth Kindness).” While stoking a fire adorned with Christmas stockings, Spacey is seen looking into the camera and says: “I know what you’re thinking. Can he be serious? I am dead serious. The next time someone does something you don’t like, you can go on the attack, but you can also hold your fire and do the unexpected. You can kill them with kindness.”

This is the second video the “American Beauty” actor has released around Christmas. In 2018, Spacey published a video on YouTube titled, “Let Me Be Frank.” In this video, he mocked his “House of Cards” character Frank Underwood. Spacey did not address the allegations climbing against him. Spacey was dropped from the Netflix show because of these allegations of sexual misconduct.

In 2019, Massachusetts prosecutors dropped a criminal case alleging Spacey groped an 18-year-old man at a bar on Nantucket in 2016. The unnamed accuser invoked his Fifth Amendment right not to testify about text messages from the night of the alleged encounter.

The Royal House of Norway released a statement saying Behn “was an important part of our family for many years, and we carry warm and good memories of him with us.”

Behn began receiving negative press before he married the princess. It came after a Las Vegas travelogue he hosted on Norwegian television in the early 2000s showed him briefly in the company of prostitutes using cocaine. Behn said, at the time, it was about reporting not an endorsement and Martha Louise backed him up.

He was also an author and a playwright. He wrote “Trist som faen,” or “Sad as Hell,” which was a collection of short stories translated into several languages.