A high school student from Austin committed suicide after posting his intentions on FaceBook. The 16-year-old student told his FaceBook connections that he didn’t know if this was going to affect anyone or if they would even care. He went on to state that he wanted to say he was taking his life away, not […] 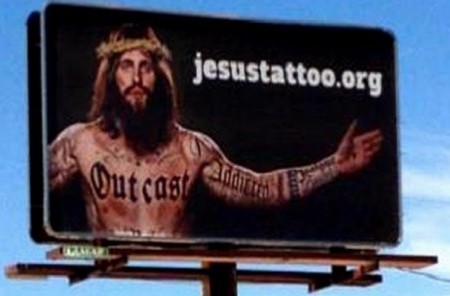 Billboards of a tatted Jesus spread over the city of Lubbock have Texans infuriated. There are about 60 huge signs that have an image of Jesus with tattooed arms that are stretched outward. Words such as addicted, hated, outcast, faithless and jealous can be found on those arms in bold lettering. These new billboards are […]

Life Is Not a Game

Two kids in Brazil attempt a real life GTA V episode and it goes all wrong. The boys, wearing flip-flops, rolled up on a motorcyclist and attempted to steal his bike at gunpoint. The guy on the motorcycle didn’t try to fight them. He gave up his bike without question and backed away. The kid […]