DrinkSavvy to the Rescue

Cee Lo Green will soon learn his fate in the 2012 date rape accusation. Green was accused of drugging a woman and then having sex with her. Of course, Green denies the woman’s story. The woman said Green took her downtown to a Los Angeles restaurant where they had drinks. She claims that’s all she […] 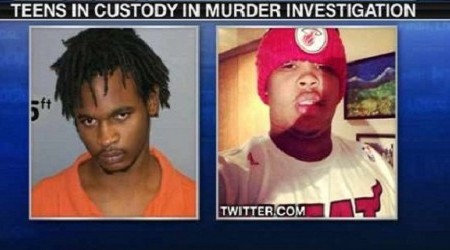 Jacqueline Bell was killed this past weekend in her Portland home by her great grandson, Jodah Cain, and his friend, Micus Ward. Law enforcement believes that 17-year-old Cain and 19-year-old Ward killed her then took possession of her car in order to head back to Kansas City. The 71-year-old grandmother died of blunt force trauma. […]

From Victim to Survivor

Demetrius Ballinger was sentenced to 36 years in prison after raping four teenage girls and holding 11 people hostage at gunpoint. The 26-year-old man’s actions also caused the police to kill one of the hostages while he was attempting to escape a motel room in Minnesota. Ballinger was at a party in a room at […]