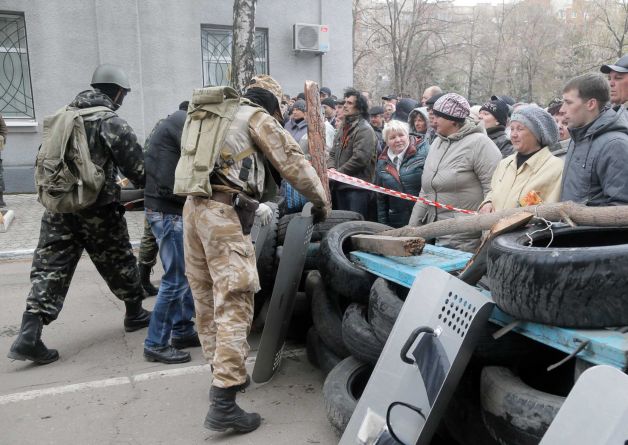 According to Ukraine’s Interim Interior Minister, there has been gunfire exchanged between the Pro-Russian militants occupying a police building in Slovyansk, and a Ukrainian special forces team. Arsen Avakov also said that one officer was killed in the exchange, and that five others were wounded. This battle comes only a day after a truck pulled […]

The Bureau of Land Management ended their “cattle round-up” on Saturday, ending a standoff between the Feds and a group of armed Nevada ranchers. The government did vow legal action and repercussions for the actions taking place on this plot of land almost 80 miles north of Las Vegas. When the BLM made this announcement, […] 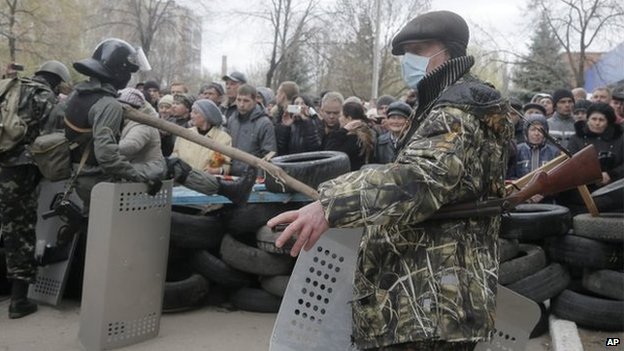 A united group of armed men have taken hold of a police station and a building that is used for facilitating security services near the Russian border in Sloviansk, Ukraine. These men have been called “terrorists” by the interior minister of Ukraine, who also added that a team of “special forces” will “repel the attack.” […]