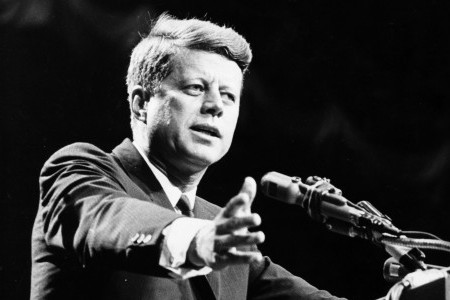 With the freshly released news that actor Rob Lowe is to play John F Kennedy in a National Geographic docu-drama later this year, it seems somewhat appropriate to ask the question: were they both sex addicts? President John F Kennedy was assassinated on November 22, 1963 while in a motorcade that was passing through Dallas, […]

Historic Virginia City, Nevada, was alive with patriotism as residents and visitors celebrated the beginning of the Memorial Day weekend with a parade honoring our American heroes. The 45-minute Celebration of Heroes Parade down C Street, the main thoroughfare, began with the presenting of the flag and singing of our country’s national anthem.  Soldier, one […]

Freedom Schooner Amistad arrived in Philadelphia today at the Independence Seaport Museum along the Delaware River. She will be there through Memorial Day weekend as part of the exhibit “Tides of Freedom: African Presence on the Delaware River,” and will depart on May 29th. During her stay, visitors will be able to tour the deck […]