Ellen Page Comes out as Gay on Valentine’s Day

Ellen Page spoke during Friday’s conference for gay teens in Las Vegas and came out as gay on Valentine’s Day. Her emotional eight-minute speech was applauded not only by the attendants, but also by Human Rights Campaign, which organized the “Time to Thrive” campaign. The petite actress admitted that Hollywood has been hard on her […] 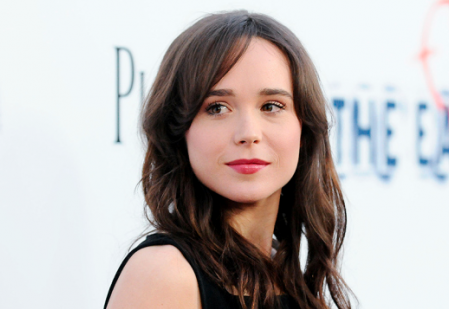 In an emotional speech Ellen Page announced that she is gay and the Juno actress got tumultuous applause and a standing ovation at the LGBT Time to Thrive conference that was run by the HRC. The 26 year-old actress spoke at the gay young people’s event being held at Bally’s Hotel and Casino in Las […]

Actress Ellen Page has decided to come out, and she announced she was gay in a speech she gave in Las Vegas on Friday. She stated that she was giving the speech in front of the group because she was gay, announced Page, age 26, to the audience. She added that she hoped she could […]