By Alexandria Ingham on February 24, 2014   Dancing with The Stars, Entertainment, Erin Andrews

Dancing With the Stars co-host Brooke Burke Charvet will be replaced by Erin Andrews. The news comes just days after ABC decided to drop the star from her presenting spot. According to E! Online she didn’t know that she was going to be losing her job. Burke Charvet has presented the popular dancing show for […] 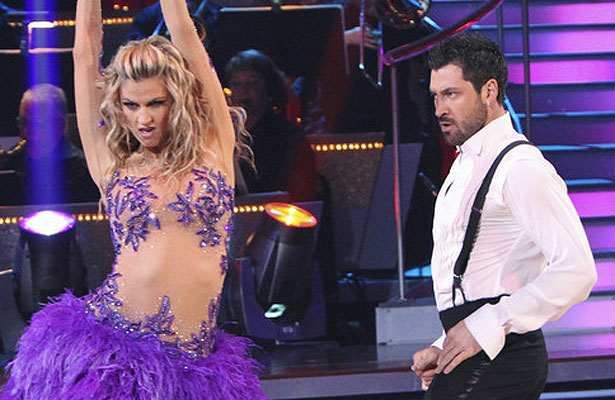 Television personality-turned-dancing queen, Erin Andrews, will be once again joining Tom Bergeron for the newest season of Dancing with the Stars. The 35-year-old Fox Sports sideline is scheduled to return to the hot television program March 17th, for the first time since she competed eight years ago. Andrews will be replacing the recently departed Brook […]

Erin Andrews New Co-host of Dancing With the Stars

By Douglas Cobb on February 23, 2014   Dancing with The Stars, Entertainment, Erin Andrews

It’s official: Fox Sports reporter Erin Andrews has been chosen by ABC as the replacement Dancing With the Stars co-host after Brooke Burke-Charvet was fired by the show’s executive producer. She will, however, still continue to be a sports reporter for Fox, as well as being Tom Bergeron’s co-host. Season 18 of Dancing With the […]