Hillary Rodham Clinton has a following of supporters encouraging her to run for the presidency in 2016. The slogan, Ready for Hillary,” created in 2013 by some grassroots supporters, is drawing attention at fundraising receptions. Although she has not given a definitive answer when she will announce her candidacy, it has been reported that the […] 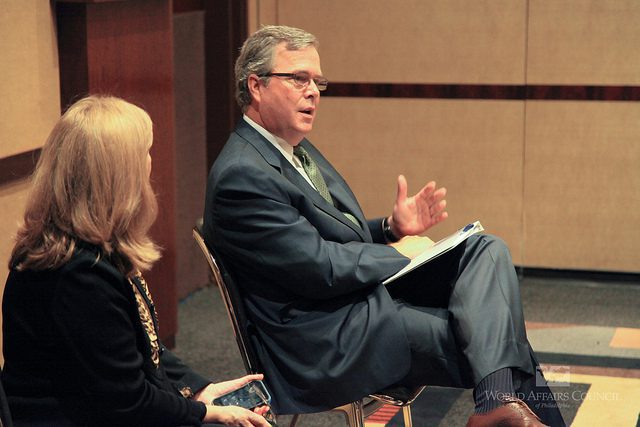 Jeb Bush accepted the resignation of one of his employees after discovering derogatory posts on an old blog. Bush and his advisors decided to keep the post even after seeing the comments were insulting to homosexuals and women. Jeb Bush’s employee resigned over these insulting posts and now the content of the blog is being […]

Mitt Romney Not Running for President in 2016

Mitt Romney has decided not to run for president in 2016. The Republican announced the news on Friday. It would have made it the third time that he would have run for the position. The 2012 nominee called a conference call to share his decision. He was surrounded by donors, advisers and supporters from his […]