A new technology has yielded the results of water, or at least water vapor, in the atmosphere of a large gas giant approximately 51 light years away.  The planet, designated Tau Boötis b, orbits the star Tau Boötis which is located in the Northern constellation Boötes.  Because this planet does not transit, or pass in […]

Water Found on Nearby Exoplanet

Water vapor has been found in the atmosphere on one of the first exoplanets recognized by astronomers. Advanced developments in the method used to observe and scan the atmospheres of exoplanets helped astronomers determine the atmospheric composition of the “hot Jupiter.” Researchers stated that this could help scientists scan the Milky Way Galaxy to find […]

Water Found on Neighboring Exoplanet Life Could be Next 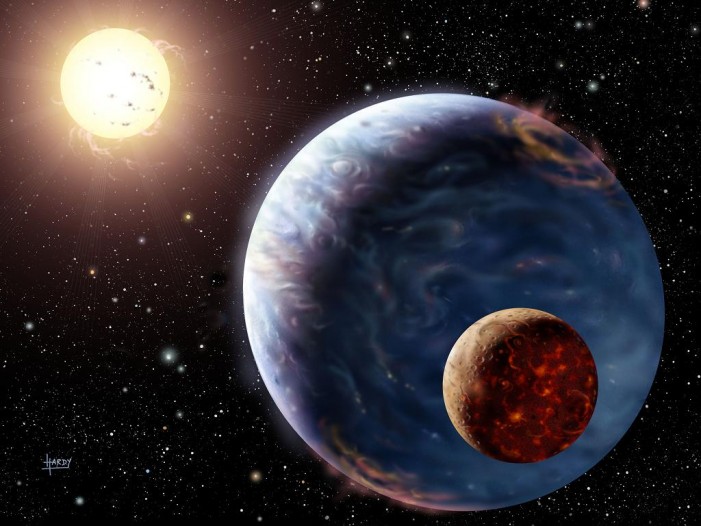 Water, to be accurate water vapor, has been found in an alien planet called Tau Bootis b, an exoplanet discovered in 1996 and discovering life could be next.  Classified as type “hot Jupiter” Tau Bootis b is among the very first planets to be discovered, it is among the closest to Earth, at a distance of […]