Press conferences began this week for UFC 178, coming up in Las Vegas on September 27.  By now, few have not heard that the first of those media events ended with Jon Jones and Daniel Cormier tearing up the stage in a brawl. The back and forth ended with Cormier on his back and Jones […] 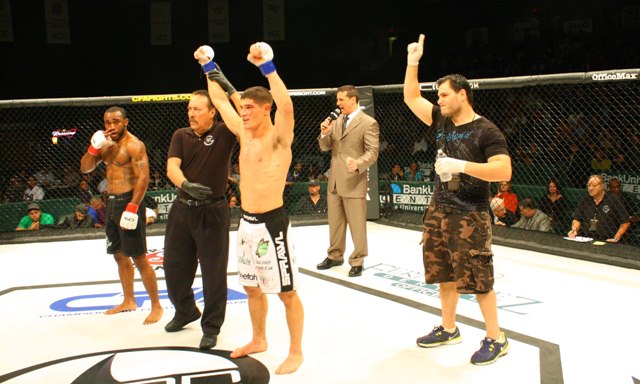 Featherweight Charles Rosa is on a breakneck pace, with a trajectory for the UFC. With 20 amateur and eight pro fights since 2010, he is one of the more prolific fighters you might never have heard of. When he makes his national television debut as the co-main event of the Classic Entertainment and Sports (CES)  MMA […]