A bridge has collapsed into Skagit River near Seattle on Interstate 5. The incident happened Thursday evening. Washington State Trooper Mark Francis said a portion of the four-lane bridge over the Skagit River collapsed about 7 p.m. Two vehicles were dumped into the water, injuring three people. They were rescued by boats and divers. […]

I-5 bridge collapse over Skagit River in North Seattle (Video) 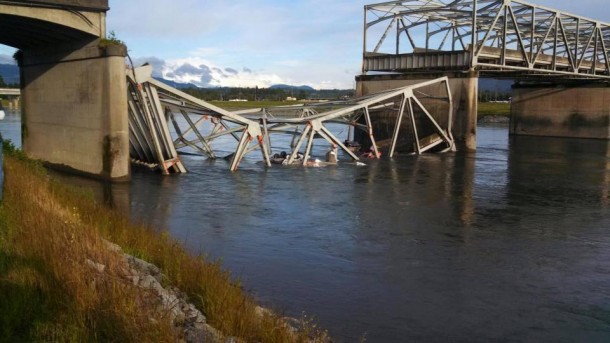 According to AP the I-5 bridge collapse over  Skagit River in North Seattle, dumping vehicles in the water with people inside.  At the moment the cause of the collapse is unknown. The Seattle bridge collapse around 7:00pm no immediate estimates of how many vehicles were in the water or whether there any injuries at the […]

Richard Swanson, 42, was attempting to walk from Seattle, Washington, to Sao Paolo, Brazil, while dribbling a soccer ball when he was struck and killed by a truck off of the Oregon Coast. Swanson left Seattle on May 1 and was travelling south by foot, staying with strangers he would meet along the way, although […]