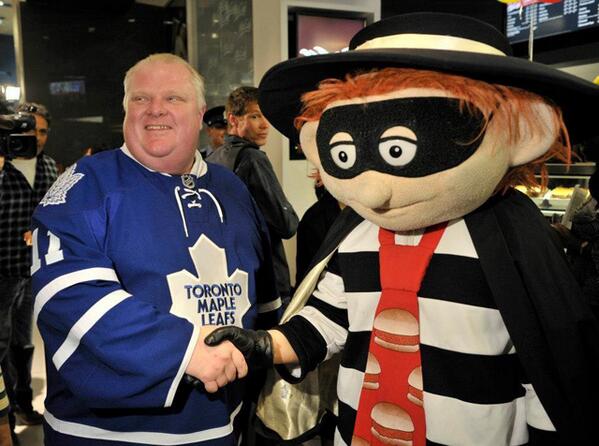 Rob Ford may be losing his buzz. The belligerent crack-smoking mayor of Toronto is considering undergoing treatment for substance abuse, The Globe and Mail reported this morning. Toronto City Councillor Doug Ford, the mayor’s brother, suggested that the mayor go on vacation for a week or two, lose weight, and stay clean. Councillor Ford argued […]

Police Have Video of Toronto Mayor

Toronto mayor, Rob Ford, says yes he has smoked crack but he’s no addict. He says he smoked crack a year ago when he was drunk and has also owned that he’s smoked a lot of marijuana. Ford’s admission to drug use came on the heels of an announcement of a video which captured him […]