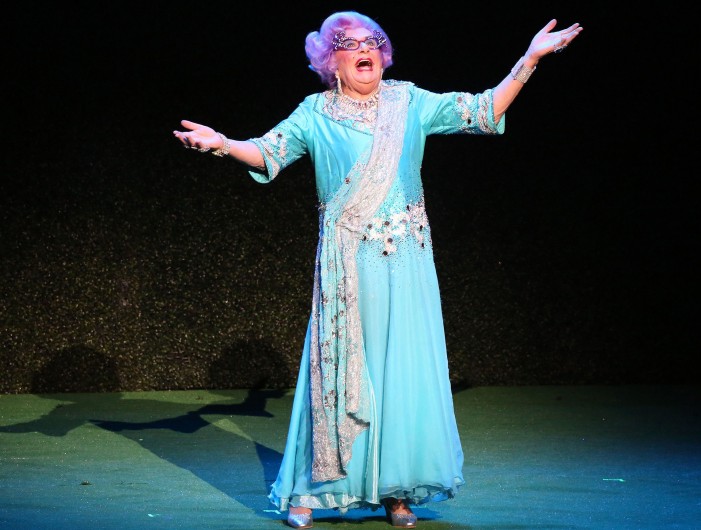 Dame Edna Everage, the mauve-haired, international superstar alter ego of Australian comedian Barry Humphries, made a triumphant return to the Ahmanson Theatre in Los Angeles this week for a nearly two-month engagement. Part of her Dame Edna’s Glorious Goodbye: The Farewell Tour, the Tony Award-winning comic is giving fans a final chance to be teased […]

At 89 years old, Angela Lansbury is delightfully dotty and fun in the Noël Coward comedy Blithe Spirit, which opened tonight at the Center Theatre Group’s Ahmanson Theatre in Los Angeles. The actress is reprising her Tony Award-winning role of Madame Arcati, and is the main reason to see this internationally acclaimed production. Blithe Spirit is […]

Take Trip to Bountiful with Cicely Tyson in L.A. 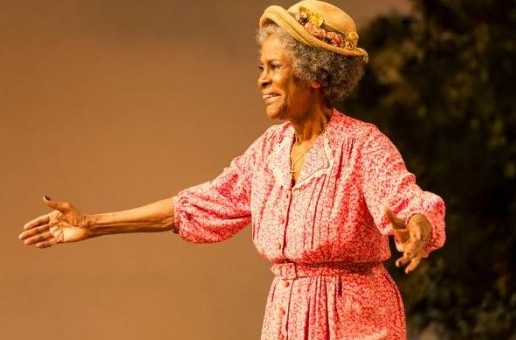 Cicely Tyson is the reason to take a “trip to bountiful” with her and her costars at the Ahmanson Theatre in Los Angeles. The 80-year-old actress is masterful and shows why her performance in The Trip to Bountiful, a revival of Horton Foote’s play about an elderly woman longing to see her hometown, truly earned […]