Reports of Charleston’s killer brought a huge sigh of relief to many who awaited his capture. Dylann Storm Roof was arrested on Thursday morning about 14 hours after he murdered nine victims. The 21-year-old was taken into custody without incident, according to law enforcement. In lieu of the many homicides which occurred during African-American arrests, […]

Cleveland in Turmoil With Michael Brelo and Tamir Rice [Video]

The city of Cleveland is facing its ups and downs today, as the Michael Brelo verdict is announced and the Ohio Students Association stages a rally to mark six months of Tamir Rice’s death. Michael Brelo was acquitted on two charges of manslaughter, Tamir Rice, 12, was shot by police officer Timothy Loehmann. While people […] 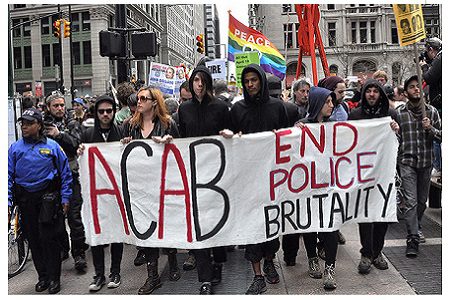 There have been numerous incidents and tragic experiences where law enforcement has abused their authority when confronting the African-American community. I am not sure what is worse, police brutality or the omission and/or justification of it from other cultures. The unnecessary force used has triggered some serious outrage as many witnessed recently in Baltimore.  While […]