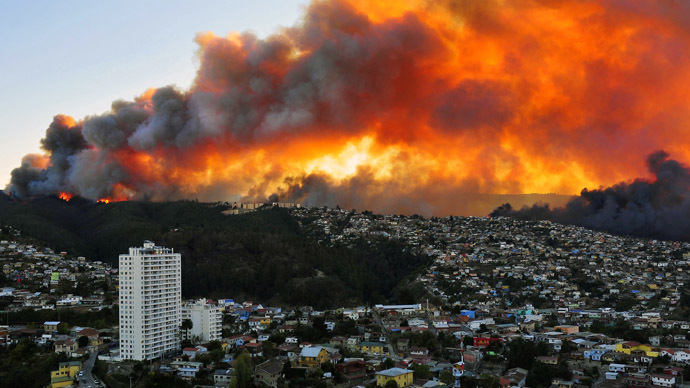 Valparaiso, a city in Chile, has nearly been destroyed by fire. The fire spread rapidly through the hills in the port city, and 16 people have died as a result. Over 500 home have been destroyed by the blaze, and 10,000 people evacuated, including women inmates at a local prison. Over 2,700 male inmates were […]

Chile experienced an 8.2 magnitude earthquake in the city of Tarapaca, the earthquake was so powerful that it caused a prison building to fall apart, and inmates then escaped, fleeing into the city. The city lies on the northern most part of Chile, and the earthquake began a little while before 9PM on Tuesday. There […]

Back in 2010 researchers in Chile discovered an extinct species of whale in their own backyard, well their carcasses anyways. During an expansion project for the 2010 Pan-American highway, multiple bones were seen sticking out of the ground at a site nearby.  The site has since become the center of attention for paleontologists around the […]