Anti-fracking groups from across California set a record by staging the largest fracking protest in the state’s history in Sacramento on Saturday. Protesters, who rallied at the capitol building, drew by various estimates 2,000 to 4,000 participants. The group, Californians Against Fracking, organized the event in coordination with it’s 150 partner organizations in an attempt […] 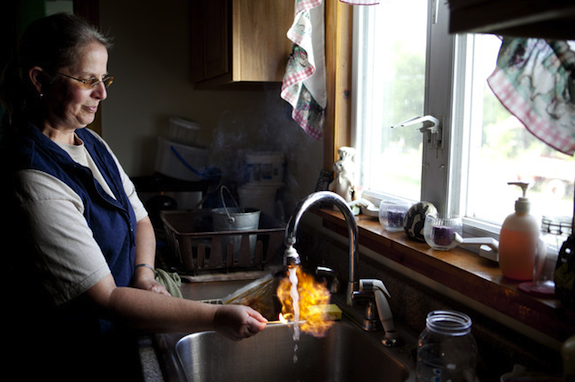 Since 2005, when the shale gas revolution began, there has been a back-and-forth battle on whether or not people should be hydraulic fracturing (or ‘fracking’) for shale gas underneath U.S. soil. The debate over where, how, and how much shale the nation should start producing in our attempt to become one of the world’s leading […]

Fracking Has Made Carrizo Springs a Boom Town

Fracking has made Carrizo Springs a boom town. A few years ago, Carrizo Springs, TX was an out-of-the-way town with a population of 5,600. Most of its people worked as ranchers or farmers. Some leased their property to hunters to make ends meet. Now, the south Texas town boasts a population of 40,000. Oil companies […]