If you are wondering how your fantasy draft will shape up, this early in 2014 … look no further than Peyton Manning. The Broncos quarterback, despite their Super Bowl defeat, is a clear and obvious number one selection in 2014. In many cases, number 18 may be very well suited as a second pick as […]

After starting his 2013 season with seven touchdown passes in a single game, the first quarterback to complete such a feat since 1969 and only one of two to do it without throwing an interception as well, Peyton Manning stepped up today in a game against the Houston Texans, breaking the record for number of […] 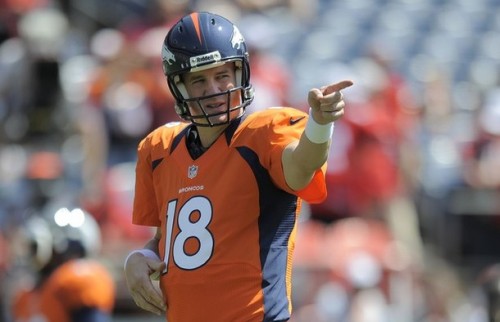 During halftime on Sunday Night Football, Peter King announced that the Denver Broncos’ quarterback Peyton Manning has been selected as Sports Illustrated’s Sportsman of the Year. Manning is the eighth NFL player to win the honor in the 68-year history of the award. Others considered for the honor were Mariano Rivera of the Yankees and […]