Visiting monarchs Prince William and wife Catherine were treated to a traditional Maori welcome when they arrived in the capital of New Zealand earlier today. The couple stepped down from the plane with their eight-month-old son George to wet and windy weather, but a warm welcome. The young royals are beginning their tour of the […]

An eagle sculpture with a 45-foot wingspan was sent sprawling to the floor at Wellington Airport in New Zealand after a 6.3-magnitude earthquake hit the country. North Island in New Zealand is home to the famous Hobbit movies, which have been profitably doing the rounds of the world’s box offices recently.  The country is, naturally, […]

New Zealand on Pacific Ring of Fire Hit With Earthquake 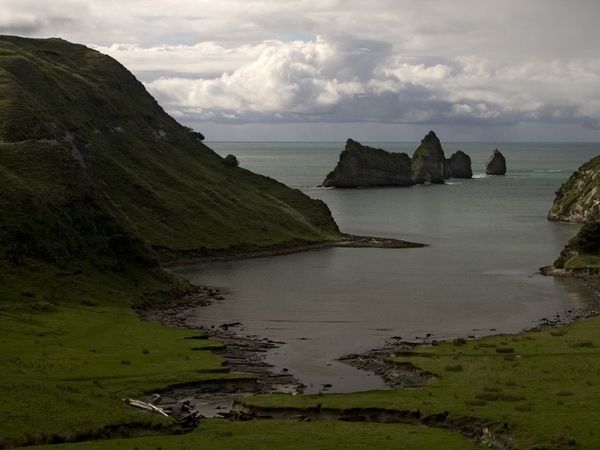 New Zealand, situated on the Pacific Ring of Fire, was just hit with an earthquake with a magnitude of 6.3 on Monday evening at 3:52 p.m. The earthquake occurred just 40 miles southeast of Palmerston, according to the U.S. Geological Society.  Currently, no injuries have been reported. Some residents have reported items falling off shelves, […]