Pacquiao Mayweather and the Cotto Alvarez Elephant in the Room 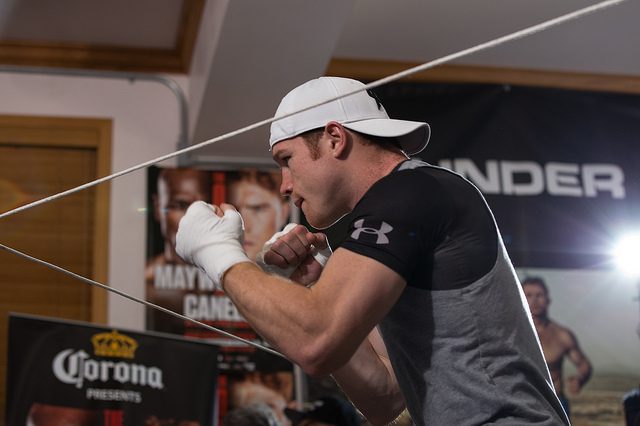 With Friday night’s relative bombshell from the mouth of Floyd Mayweather himself that he is ready to face Manny Pacquiao on May 2, the boxing world turned upside down. There is one rather interesting problem however. If anyone actually bothers to look around, and in the boxing industry it is imperative, one would see not […]

Pacquiao vs Mayweather in Works for Cinco de Mayo 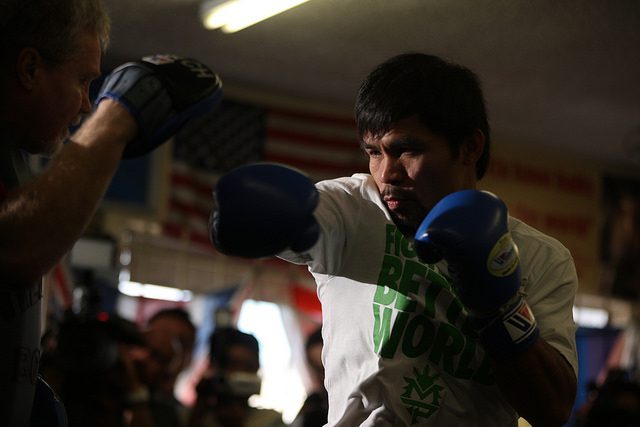 News reports out of San Antonio confirm that the Manny Pacquiao and Floyd Mayweather camps have indeed been engaged in the recently rumored negotiations for a fight. Responding to a question at Showtime Sports, Mayweather said that he would “absolutely love” to fight Pacquiao in May of this coming year. Pressure to make the fight has […]

Manny Pacquiao Should Be Next in Line to Fight Mayweather

After a two-year rollercoaster ride in which Manny Pacquiao suffered two losses in the most bizarre fashion, the 35-year-old boxer has been on a roll by defeating rising star Brandon Rios and avenging the loss to Timothy Bradley in completely dominating manner. Reclaiming his WBO Welterweight Championship after defeating Bradley, Pacquiao’s camp are ready […]