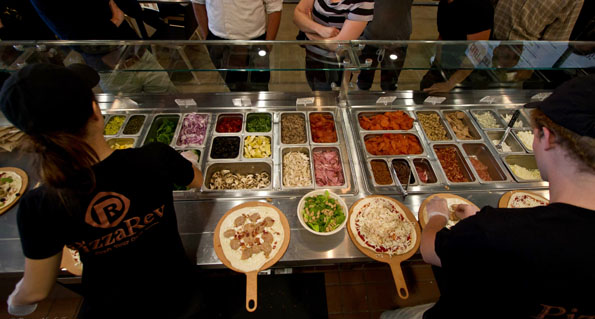 Pizza is the hot new restaurant food in many parts of the country. No, not the traditional pies Domino’s and Pizza Hut feature. The “in” thing is fast-casual pizza places that have reinvented the concept with design-your-own pizza quick-cooking options. Studies report that 41 percent of Americans typically eat pizza weekly as opposed to 26 […]

Recently Pizza Hut announced a new innovation which would allow consumers not only to order their pizza via tabletop but also pay through the same method after interfacing with the customer’s personal electronics. The company is testing what is essentially a giant computer tablet application except the computer also doubles as the table. The interactive […]