By James Turnage on January 14, 2013Comments Off on Ida B. Wells Barnett 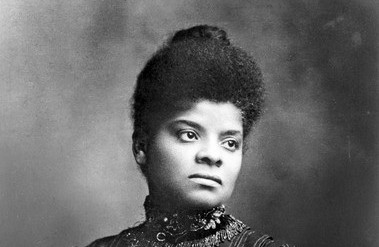 (Third in a series about the history of American women)
Ida B. Wells was born in Holly Springs, Mississippi in 1862, just months before the signing of the ‘Emancipation Proclamation’. She was the oldest of 8 children.

A ‘yellow fever’ plague broke out in Holly Springs causing the death of her parents in 1880. She took it upon herself to become a teacher and support her younger siblings. Though she made little money, and was supporting her brothers and sisters, she managed to graduate from Rust College. In 1888, she emerged as a teacher in Memphis, Tennessee.

While teaching and living in Memphis, she became the co-owner of a local black newspaper called the “Free Speech and Headlight”. She wrote editorials under the pen name “Iola”. In 1892 a store owner, and friend was lynched. Wells used the paper to attack the practice of lynching, and urged black townsmen of Memphis to move west.

While she was attending an editor’s convention in New York, a message was sent to her that “if she returned to Memphis, her life would be in danger”. Wells moved to England to seek support, and became well known as a great speaker, and a courageous leader. When she returned to the United States, she decided to live in Chicago, where she founded the “Women’s Era Club”, the first civic organization for African American women. The name later became the “Ida B. Wells Club”, to honor her for its inception.

Wells never ceased to promote an end to lynching. In 1895 she published “A Red Record”, which chronicled the lynching of African Americans, the only reason being their race.

She married Ferdinand Barnett, a prominent attorney, in 1895. She never stopped working until the birth of her second son. She resigned as president of the Ida B. Wells Club to stay at home and raise her sons. She later had two daughters.

Racial strife increased. By the start of the 20th century, lynching had become more frequent. In 1909, Wells Barnett was asked to be a member of the “Committee of 40”, which established the groundwork for what is now the “NAACP”, The National Association for the Advancement of Colored People, the oldest civil rights organization in our country. She worked for the civil rights of African American men and women until she died in 1931, at the age of 69.