BP Predicted To Be Severely Punished in Civil Trials 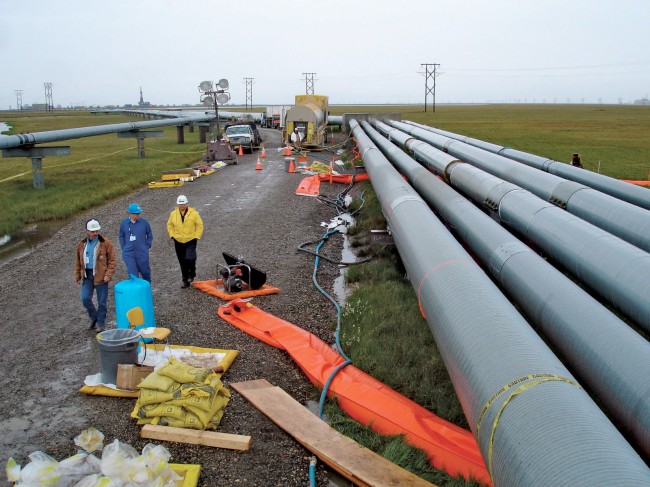 When you see advertisements by the oil companies, glorifying their efforts to improve the environment, create jobs, and make life better for all Americans, do you belief any part of them?  If you do, you must believe in the Easter Bunny, Santa Claus, and the Tooth Fairy.  Adds paid for by BP glorifying their clean-up of the gulf sicken me.  If they wouldn’t have been legally forced to take action, they wouldn’t have.

Eleven workers were killed when the Deepwater Horizon rig leased by BP exploded on April 20, 2010. An estimated 172 millions of gallons of crude gushed into the gulf.  The accident was due to a “profits over safety” policy by BP.

BP attempted to shift part of the blame to Halliburton.  Halliburton, a company with a shoddy and greedy reputation, surely failed to complete their portion of the construction properly.  But the ultimate inspections were solely the responsibility of the primary contractor, BP.

Not being able to reach an out of court settlement, the Civil Trial began Monday at the Hale Boggs Federal Building in New Orleans, while protesters held signs outside of the courtroom reading “make BP pay”.

BP has already paid out more than 24 billion dollars to property owners and families of the 11 men killed on the rig.  This trial will most probably result in 10’s of billions more.

And don’t forget, taxpayers, our government continues to give your tax dollars to the oil companies in the form of “incentives”.  A part of President Obama’s proposal to stop the “sequester” is to end handing out your money to companies that value profits above all else.  But the Republicans, joining with the Petroleum lobby, continue to chant, “no new taxes”.  Doesn’t sound like a tax to me, just sounds like ‘doing the right thing’.