Karzai Tells U.S. Special Forces to “Get Out” 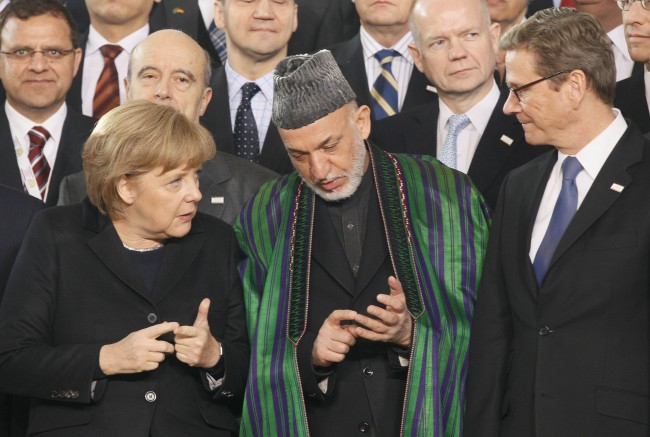 Allegations against Afghans fighting with American troops in the Wardak Province have compelled Afghanistan President Karzai to ask U.S. forces to leave the province within two weeks.  This report comes from the BBC this morning.

The Afghanis who are with American forces are accused of “disappearances, and torture”.

Wardak Province is near Kabul and is thought to be a center for counter-insurgency operations.

A statement released by the Afghan president’s office said the decision to order the expulsion of US special forces had been taken at a meeting of the National Security Council.

“After a thorough discussion, it became clear that armed individuals named as US special force[s] stationed in Wardak province engage in harassing, annoying, torturing and even murdering innocent people,” it said.

“A recent example in the province is an incident in which nine people were disappeared in an operation by this suspicious force and in a separate incident a student was taken away at night from his home, whose tortured body with throat cut was found two days later under a bridge.

“However, Americans reject having conducted any such operation and any involvement of their special force.

“The meeting strongly noted that such actions have caused local public resentment and hatred.”

Wardak is considered a gateway for the Taliban to enter Kabul, but resentment from locals aimed at U.S. military and Afghanis who are working with them, has put pressure on Karzai.

A week ago, Mr Karzai banned Afghan forces from calling in foreign air strikes on residential areas, following the deaths of 10 civilians in a night raid in eastern Kunar province.

Mr Karzai gave a blunt statement for the reasons for the ban.

“Our forces ask for air support from foreigners and children get killed in an air strike,” he said.

In his State of the Union message, President Obama told Congress that American soldiers would begin leaving Afghanistan in the spring, earlier than anticipated.