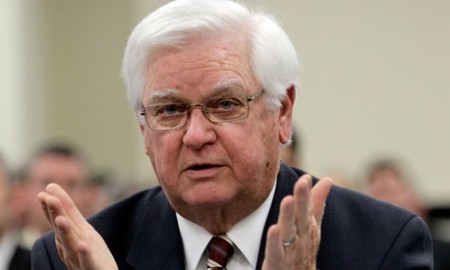 House Appropriations Committee Chairman Hal Rogers, R-Kentucky, has made a proposal to stop the pain of the automatic federal budget cuts known as the “Sequester”.  But the plan does not include the working class.  His plan would find a way to protect the right wings sacred cow, defense spending.

We all know the stories of billions of dollars a year being wasted by the Department of Defense.  But that’s okay, at least as far as the Republicans are concerned.  They would also protect other agencies like the FBI from losing funds.

There is no mention of saving cuts in unemployment benefits, early education for children, or continued support for doctors who treat Medicare patients.

I used to write about the “right wing war on women and minorities”, and that does exist.  But they are actually waging war on the entire working class of America.

This must end.  I appeal to those of you who were once proud Republicans when they actually stood for something, take a look at the Democratic proposals.  They will help you.

Republicans used to rave about the so called “Reagan Democrats”, who were actually independents who believed his lies.  What we need to fix government are “Obama Republicans”.