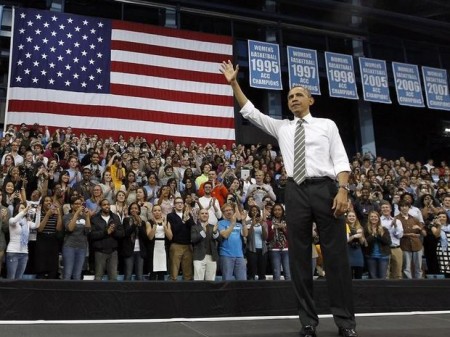 First I want to wish you a Happy Good Friday and a Happy Easter 2013. Today I want to write about how Good Friday has been full of lies. The Jewish Rabbis and their bosses did lie to the people and the Roman hierarchy about Jesus. They wanted him put to death because the Romans had said they will shut down the Temple for Passover if there was any trouble. The Rabbis saw Jesus as big trouble so they wanted him taken out of the picture. The Rabbis lied to the people about Jesus so they would not support him. The rest is History, look it up.

Today there are more lies than anyone can count. The lies that come from the White House are plentiful. The lie that the Bible supports Gay Marriage. Obama assumes we will believe him because he feels people today do not read the Bible. There is a story in the Old Testament that tells us about a city that was full of Homosexual sin. God decided to destroy the entire city. He did let a small number of people escape but warned them not to look back. One lady did look back, for she was void of faith, and she was turned into a pillar of salt.
The other lies keep coming too. The Democrats are good at lying. They are the biggest racists on the face of the earth, but they just point at the Republicans and call them racist. The Democrats have a lot of money, they are the party of the rich. They get their message out to the population so fast because they have the money to get the word out. They accuse the Republicans of being the party of the rich but that too is a lie. When you think of history, who is the one who always lies and accuses you? The Devil Satan right? That is why the Democrats are the Party of Satan. Just remember this ‘Whatever the Democrats accuse the Republicans of, it is the Democrats doing it”. That is a fact
This world we live in is upside down because lies are accepted as truth and truth is called a lie. The truth is in the holy bible. The Democrats hate God. The Democrats even tried to keep God out of their Platform. When the Mayor of Los Angeles stood on the podium at the Democratic National Convention asking the Delegates to vote to put it back in, they voted not to, but the Chair said he heard 2/3 of the body responding yes and the motion carried. The only problem is that the truthful vote was against putting God in the Platform. I encourage you to witness the vote yourself in the archives of that Convention. Maybe you can find it on youtube.
The bottom line is that if we do not get the Democrats out of the Senate and continue on our current pace, we are doomed. The answer is to vote Republican in 2014 and 2016. We need to pass the Fair Tax Act as that is the only thing that will save our Country. So you can now see that provided we vote correctly, we can save our Country. Make certain to ask the Candidates for Congress if they are willing to co-sponsor HR 25 and the Senate Candidates must be willing to Co-sponsor S.122 The Fair Tax Act.
If you want to learn more about the Fair Tax Act, simply click on my name up top and you can see my other articles that include the Fair Tax Act. Check out www.fairtax.org too.