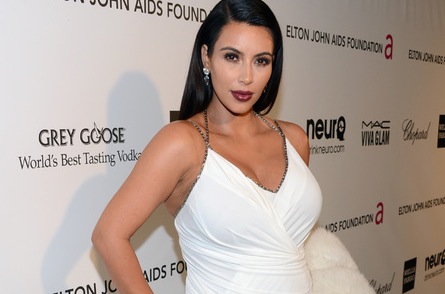 The beautiful Kim Kardashian was taken to hospital on Tuesday as she thought that she was having a miscarriage. This is not the first time Kim has a miscarriage scare, last month her doctor was  rushed to her home in the middle of the night to examine her. He warned her to reduce her stress levels. Her hectic lifestyle doesn’t seem to be what’s best for the baby right now. The doctors have ordered her to rest and it sounds like Kim is taking it seriously.

Although both mom and baby seem to be doing just fine, the doctors orders are pretty clear.

The 32-year-old needs to rest. Kim works so hard most days so she really need’s do what the doctor has said.
A source close to Kim tells HollywoodLife.com EXCLUSIVELY that Kim and her unborn baby are “fine.”
“She just has a lot going on with work, the divorce, her move, etc,” the insider revealed. “The doctor wants her to take it easy.”
He advised her, however, to get the rest she needs and give the baby time to grow. “Kim’s not respecting her pregnancy,” the source told the Post. “She’s running around, working out seven days a week. She’s working with two different trainers to control her weight.”

Kim’s mother and manager Kris Jenner confirmed she has been told to relax.
She said: ‘Kim has been going through this divorce for months.
‘She has been under a lot of stress because of it and the doctors told her she had a really tough week and the stress could become a problem if she isn’t careful.’

Ever since she’s gotten pregnant, Kim Kardashian has been traveling the world with her boyfriend Kanye West, and it’s reportedly started taking a toll on the 32-year-old’s body. “Kim started feeling ill on the plane from Paris, and called friends as soon as she landed,” a source told New York Post’s Page Six. “She was rushed to her doctor Tuesday night in tears. She thought she was having a miscarriage.”

“She’s awaiting test results,” said a source to the New York Post. “Kim’s really scared — this has been a wake-up call that she really needs to slow down and take care of herself.

Even sister Khloe Kardashian, 28, showed her support for her older sister on her blog.
“A lot of you have expressed concern in the recent hours about Kim, and I just wanted to let you all know that mommy and baby are doing fine and just taking it easy right now,” she wrote on her blog on March 7.

Kim is four months along in her pregnancy, and she’s reportedly having a girl that’s due in July. Although she expressed that she wants to become more guarded about her private life, she recently started a blog to chroncile her journey through mother hood.

Friends are telling her to lay off the high heels and the high fashion.”

We assume that Kanye West is taking good care of that bump and Kimmy in they luxury house in America.

Kim tweeted the following statement:
Thanks for all the well wishes, I’m doing fine! Just resting…have a good weekend. Love you guys!