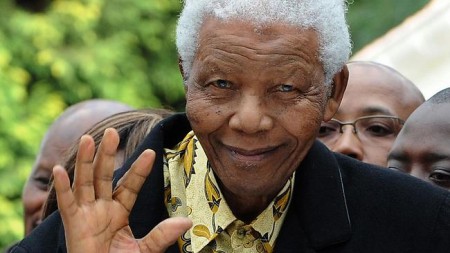 For the second time former South African president Nelson Mandela is in a hospital, but officials say it’s only for a routine checkup. Members of President Jacob Zuma’s office say it is a scheduled checkup and there is no cause for alarm.

“Doctors are conducting tests and have thus far indicated that there is no reason for any alarm,” read a statement issued by the country’s presidency.

Nelson Mandela checked into the hospital in Pretoria Saturday afternoon. The anti-apartheid icon is 94-years-old, and suffers from a variety of ailments, said presidential spokesman Mac Maharaj. Like most South Africans, Maharaj refers to the beloved former president by his clan name, Madiba.

“We are aware that Madiba has a number of existing conditions, from the knees to his respiratory system. And with his age, people would be prone to small and big setbacks. But in his case, the doctors are monitoring him very carefully – assiduously – and every time they feel there is any reason, they ensure they are on the ball and up and running and attending to it [paying extremely close attention to any change in his condition],” he said.

The first picture of Mandela after his discharge wasn’t released until early February. At the time, his granddaughters said he was in good health and good spirits.

Maharaj said this hospitalization was routine and should not cause panic.

“The doctors are conducting tests and thus far the doctors have indicated that there is no reason for any alarm,” he said.

During the time of apartheid in South Africa, Mandela was convicted of sabotage and was imprisoned for 27 years until 1990. When the apartheid system collapsed, Mandela became South Africa’s first black president in 1994, and he subsequently was awarded the Nobel Peace Prize for helping bring an end to the country’s former racist policies. He stepped down from the presidency in 1999, and retired from public life in 2004. Since then has appeared very rarely.

At his birthday last July, CBS News correspondent Mark Phillips was granted rare access to the party at Mandela’s home.
The former president appeared to be physically healthy but detached from things going on around him, Phillips reported.

Despite his rare public appearances in recent years, Mandela retains his popularity and is considered a hero of democracy in the nation.