Autism Awareness Month, Light It Up Blue, the Light Seen ‘Round the World

Autism Awareness Month, Light It Up Blue, the Light Seen ‘Round the World

April has been officially declared Autism Awareness month since 2010 with the calming blue light selected to represent those who support the initiative to raise awareness about the growing health concern facing so many.  The campaign has been embraced by government officials, big businesses, and private citizens concerned with the crisis.

On April 2, 2010, buildings and homes around the world were lit up with blue lights in showing their support of the movement launched by Autism Speaks.  More than 100 buildings in over 16 US cities and 9 countries are known to have sported the lights that first year.  Among them, some of our most treasured buildings, The Empire State Building, Madison Square Garden, The New York Stock Exchange, various governor’s mansions, capital buildings, and international buildings such as Kingdom Tower Riyadh, Saudi Arabia.

The effort to bring awareness to such a noble cause is uplifting, especially when it is a global effort. 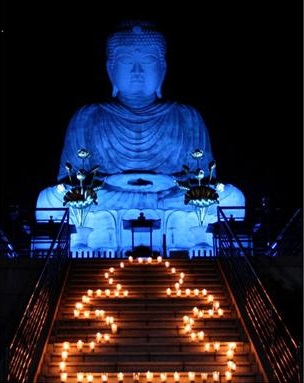 Nevertheless, not everyone is as supportive of the blue lights, in fact, some are outright offended by the cause.

An anonymous poison pen letter arrived at the home of the Riccardi’s in Charlotte, NC.  They had replaced their traditional regular lighting with a blue light for the month of April to celebrate their 10-year-old son, Deacon, who was born with autism.

The letter read, “Seriously? Purple, blue lights on the garage? Mom always said there is one bad apple in the bunch.” (wcnc.com)

Was the letter writer referring to his or her own selfish and ignorant behavior?

They went on to infer that the Home Owner’s Association (HOA) might have an issue with the lighting.  However, the HOA could not have been more supportive; according to the boy’s mother, Julie Riccardi, “They were very compassionate.  Apologized on behalf of whoever that it was that did this.” (wcnc.com)

The cowardly neighbor who sent the letter without a return address had their campaign backfire; when word spread about what had happened to the Riccardi’s, nearly a dozen more neighbors lit their homes with blue lights. 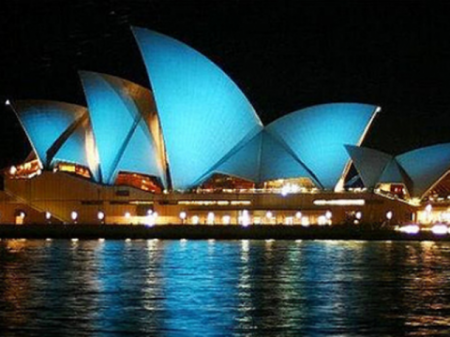 Autism Awareness Month, Light It Up Blue, the Light Seen ‘Round the World added by dawn7 on April 26, 2013
View all posts by dawn7 →