Hostess Twinkies Bounce Back from Bankruptcy 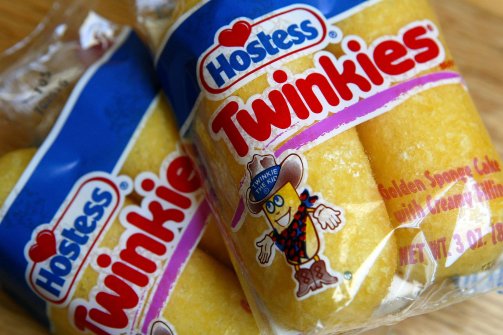 Hostess Brands vows to hire workers based on their qualifications; not on union affiliations–past or present. The company made this clear after a Wall Street Journal report that Dean Metropoulos, Chairman and CEO of Hostess Brands, did not expect the company to have any involvement in the union.

According to a spokesperson for Hostess, the company is hiring qualified employees whether or not they are, or were, members of a union. Any comments that indicated otherwise were incomplete and taken out of context.

In 2012, the former Hostess Brands successfully negotiated a new contract agreement with the Teamsters Union, but could not reach an agreement with the Bakery, Confectionery, Tobacco Workers & Grain Millers International Union. The bakers union went on strike. Hostess Brands filed for bankruptcy which was approved by the U. S. Bankruptcy Court for the Southern District of New York on November 21, 2012.

Hostess Brandsreleased a statement at that time saying, “Hostess Brands, Inc. has been forced by a Bakers Union strike to shut down all operations and sell all company assets.” This resulted in closing 33 bakeries, 565 distribution centers, about 5,500 delivery routes, and 570 bakery outlet stores. It almost meant a loss of approximately 18,500 jobs.

In March of this year, Hostess was purchased by Apollo Global Management and Metropoulos & Co., for $410 million. This included the purchase of the Hostess and Dolly Madison brands plus five bakeries and equipment. It also allowed them to keep the “Hostess Brands” name.

The company is planning to open one of the five bakeries this summer in Columbus for which they estimate will need 300 workers. Management held a job fair this past weekend and is looking to fill at least 200 positions in the areas of production, sanitation, distribution, maintenance, engineering, and management. The remaining 100 positions will be filled over a period of time. In addition to the Columbus plant, bakeries are expected to open in Emporia, KS, Indianapolis, IN, and Schiller Park, IL.

The president of the bakers union, David Durkee, expressed interest in the revitalized company, saying that union members are “eager and willing” to help Hostess “usher in a new period of prosperity.”

Hostess Brands was founded in 1930 and is based in Irving, Texas. Its products and brand names have been staples in grocery stores and vending machines throughout the United States. Breads include Wonder bread, Butternut, Home Pride, Merita, and Nature’s Pride. Snacks include Hostess Twinkies, Drake’s snack cakes, and Dolly Madison snack cakes.