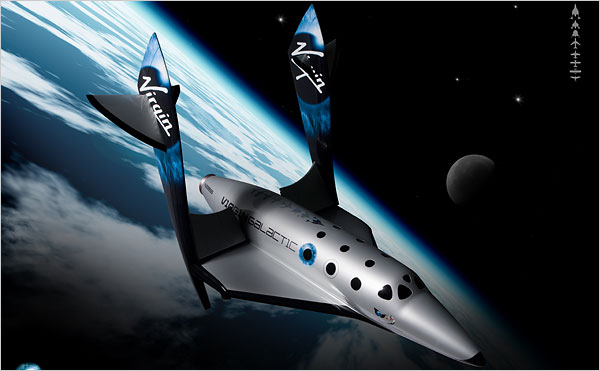 Virgin Galactic, owned by entrepreneur Sir Richard Branson, had its first successful powered flight Monday.  After it was dropped from a carrier aircraft, its engines fired for about 16 seconds above the Mojave Desert.

Sir Richard’s goal is to take fare paying passengers approximately 60-70 miles above the earth, giving them an astronaut’s view, and a feeling of weightlessness.  The price is expected to be $200,000 per person, six seats available for each trip.  Over 500 people have already made deposits, including Stephen Hawkings.

Pilot Mark Stucky and co-pilot Mike Alsbury said they reached a speed of Mach 1.2, which is over the speed of sound.  They said the flight went very smoothly, and called it a complete success.

Sir Richard is hoping to make a flight above the atmosphere by the end of the year.