We live for Those Slain at Virginia Tech in April 2007

Living for 32, Honoring Those Slain at Virginia Tech in April 2007

Colin Goddard is not your average survivor of violent crime, if there is such a thing, he did not just “survive” the four bullet wounds he endured during the Virginia Tech shootings on April 16, 2007, instead he is challenging himself and standing up against the violence that stole 32 of his classmates.

Goddard plays the starring role in a film called Living for 32, a movie about that fatal day at his alma mater when his life changed dramatically.  Although Goddard lived through his ordeal, 32 others were killed, 17 wounded, and 6 people were injured as they jumped out of windows trying to escape the killer’s bullets.

On the day of the incident, the 21-year-old International Studies major had no idea how pivotal he would become in the drama that would play out at Virginia Tech: Goddard was the only person in the building to call for help.  Although his injuries prevented him from assisting the police in getting to 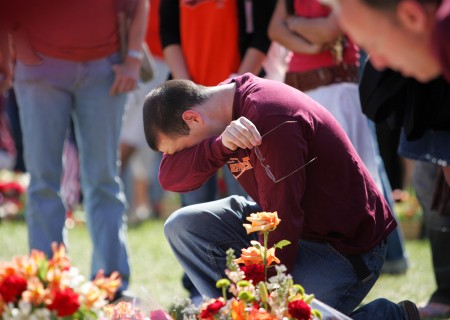 the crime scene, he was able to initiate the call, and then pass the phone over to Emily Haas.

Still, if it had not been for Goddard’s quick thinking, there may have been even greater loss of life; emergency responders and police first arrived within three minutes.  Six minutes after that, police were able to get into the previously barricaded building, and the entire assault was over within eleven minutes.

In all, the killer shot at Goddard three separate times; he was hit four times.

Living for 32 is Goddard’s story of survival and triumph over the violence that day; he is determined to live past what he saw and lived through.

Goddard became an advocate for gun control and began working with the Brady Campaign to Prevent Gun Violence.  “He has appeared on Anderson Cooper 360 and spoken publicly on many occasions, including the March on Washington to End Gun Violence this past January.” (nj.com)

Living for 32 is named not only for the 32 who died at Virginia Tech that day, it also signifies the 32 who are killed each day by gun violence, on average.  It was directed by Kevin Breslin and produced by Maria Cuomo Cole.

There will be a free screening at 7:30 p.m. Saturday, April 6, at the Morristown Unitarian Fellowship, 21 Normandy Heights Road in Morristown, New Jersey.

The event is free, but indicate your intention to attend by emailing to [email protected] 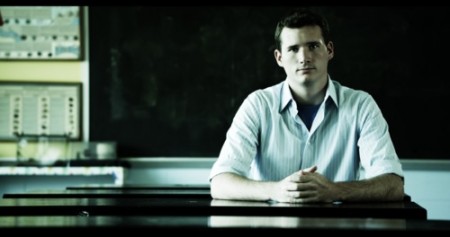 For information about directions or parking, visit the Morristown Unitarian Fellowship website at muuf.org or call 973-809-6628.