Return of our cinematic twin 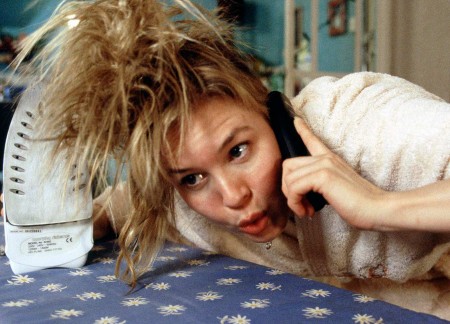 The past weekend sitting on my sofa, and polishing off a whole wine bottle, and singing “All by myself”, I did think about my fictional hero Bridget Jones. I still chuckle sometimes thinking of how she took drugs in Thailand, and was standing in the ocean, with all her clothes on, and looking at how marvelous the bright blue ocean looked to her. Or how about her heroine’s efforts to lose weight, and cycling like a maniac, and then falling off of her bike? How I loved seeing all of that. What a great feeling to know you are not alone out there. We all have had our Daniel Cleaver in our lives, and we are still hoping to find Mark Darcy. Bridget Jones is still our kindred spirit, our way to feel good about ourselves, in short, our hero. Luckily Helen Fielding is going to bring her back to us. The new book is titled: “Mad about the boy.” Of course Helen was immediately questioned about which boy Bridget might be mad, and Fielding just raised an eyebrow in response. Is Mark Darcy no longer in the picture or is it like Bridget loves to say, “It is a truth universally acknowledged that when one part of your life starts going okay, another falls spectacularly to pieces.”

Helen Fielding might not feel the need to divulge any information about our hero Bridget, but her Publisher did want to share some new and exciting information. He said, “Bridget is older, she is still keeping a diary and that the haphazard character is now “immersed in texting and experimenting with social media, with an emphasis on ‘social’!” as she navigates the perils of internet dating.”

Fielding was asked why there was a fourteen year gap between the last novel, and now the new one. Helen wanted us to know the following, “I sort of lost my voice with Bridget for a long time after the  unexpected success when it first came out. It was very easy to write and be honest, then I got all self-conscious.” On a radio programme last December she spoke about bringing our hero back because there were still things left to say about Jones.“I found last Spring I had new stuff I wanted to say. Things that didn’t exist when I last wrote, like emails and texting. The way life is lived through Twitter. And a whole new idea for a phase of Bridget Jones’s life that I can’t jinx by describing it.”

We can rejoice even more because our man hero in the form of either Daniel Cleaver, the bad bad man played by Hugh Grant and our darling Mark Darcy, played by sophisticated Colin firth, will also have a presence in the new novel. At least that’s what Helen said.

Bridget Jones: Mad About The Boy is going to be published on the 10th of October 2013.

For those of us, who haven’t been fortunate enough to read the columns of the newspaper The Independent, have missed out on the revealation of Bridget, and her baby drama. The columns ended with Jones having a baby boy by none other than Daniel Cleaver. There is no need to panic, because Working Title film company is working with Renée Zellweger, to bring us the story about the baby. The movie is titled Bridget Jones’ Baby, and the producers had the following to say about it “Bridget Jones’s Baby is like herding cats but they’re beginning to fall into line.” Today I will write in my diary that our hero Bridget Jones is back, and still the same, but with a baby, and mad about some boy!