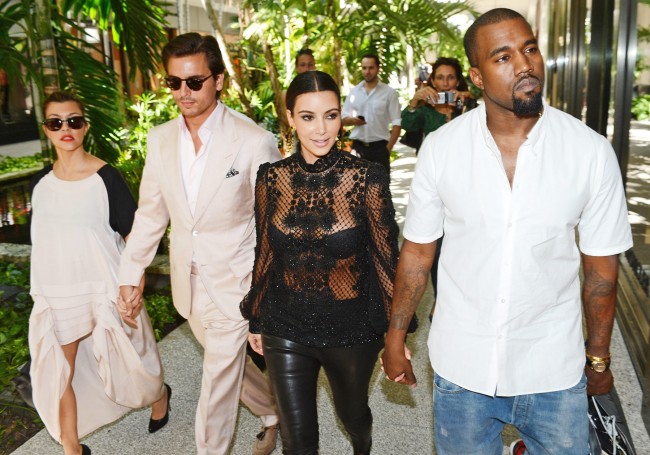 TMZ reports that the name of Kim Kardashian and Kanye West’s new baby girl has been revealed. You might need to brace yourself, because it’s worse than you may have ever dreamed possible. According to TMZ, a birth certificate from Cedars-Sinai Medical Center states that the baby’s name is North West. Really.

We have but one question for the new parents: Why?

Actually, now that we think about it, we have more than one question, such as: how come celebrities feel so compelled to give their children such wacky names? Don’t they already get enough attention from adoring fans and sycophants? What would make a parent think it’s a good idea to bestow bizarre monikers on their offspring?

It may seem as though these nutty celebs are much more apt than us common folk to give their kids weird names, but contrary to popular belief, celebrities are no more likely than the rest of us to call their kids something strange.

According to the website livescience.com, “unusual baby names are likely to emerge among populations of creative people,” and that a study by researcher and author Laura Wattenberg revealed that the rate of weird baby names among celebrities did not significantly differ from bizarre baby names in the rest of “normal” society.

Furthermore, Wattenberg says, it should come as no surprise that celebrities choose strange names for their spawn because famous people are often also very creative: “You would expect a community of creative artists to have somewhat more unusual naming patterns than the general public. They didn’t get where they are today by being conventional thinkers.”

Well, when she puts it that way, it seems to make sense, sort of; but still, who would want to go through life being called “North?” What if the baby grows up and marries someone with the last name of “North?” And suppose she wanted to hyphenate her name. Then she’d be “North West-North.” Clearly someone should take the lead in preventing her from ever meeting anyone with a directional last name of any sort whatsoever.

It seems rather unfair, in a way, to give this particular child such an unusual name. After all, she’s already going to have a highly unusual life. Really, can anyone foresee this kid growing up to be a totally normal person? Be honest now; can you see little North West arriving at adulthood completely unscathed by her highly unconventional upbringing?

It seems as though when a new celebrity baby is born and we fret about their future, it never really turns out too well. Poor little Dannielynn Birkhead, daughter of the late Anna Nicole Smith, is already getting into modeling at the way-too-young age of six. Just like watching her mother Anna descend into drug abuse and madness, watching Dannielynn being exposed to the modeling world is painful and frightening. And let’s not even go into Mackenzie Phillips’ story. Eek.

Let’s hope that little North fares better than so many other celebrity kids with high profile parents- weird name or not.