NASA Says We Should All Stand Up 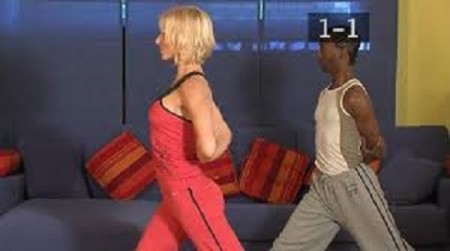 Fans used to encourage their teams with the couplet “Stand up, sit down / Fight, fight, fight,” though it is difficult to imagine playing football while sitting down. Now NASA says everyone should stay standing.

In his website. www.mercola, Dr. Mercola, a well-renowned expert on healthy food and healthy eating, has pointed out that we spend a large amount of time on our posteriors, hunched over a computer keyboard, riding in a car, or presiding over the dinner table.  There is increasing evidence that sitting poses a significant risk for poor health and premature death, even for a person that exercises regularly. Health problems associated with a sedentary lifestyle include obesity, diabetes, heart disease and osteoporosis, not to mention muscle atrophy.  The links of the seated posture to various illnesses are not limited to the elderly but also to young adults and children.

Previously there have been findings that sitting down is a problem.  A 2010 study published in Medicine & Science in Sports & Exercise indicated that men who were sedentary for more than 23 hours a week had a 64 percent greater risk of dying from heart disease than those who were sedentary less than 11 hours a week. As one might expect, people who use a computer for 11 hours or more a week, or watch TV for 21 hours or more a week, are more likely to be obese than those who spend less time on a computer or at the TV.  A study of more than 17,000 Canadians found that the mortality risk was 1.54 times higher among people who spent most of their day sitting compared to those who perched less frequently. Exercise doesn’t do much to minimize the relationship between the amount of “screen time” we spend (hours spent watching TV) to the occurrence of metabolic syndrome.

An editorial in the British Journal of Sports Medicine noted the research showing that sitting time correlates with an increased risk of type 2 diabetes, heart disease and other chronic health problems. The Journal has also determined that adults who spend an average of six hours a day in front of the TV will reduce their life expectancy by about 5 years, compared to someone who don’t watch…

A study of Australian women showed that sitting time is a predictor of weight gain, even taking into account physical activity. Men who spend more than 23 hours a week of sedentary activity have a 64 percent greater risk of dying from heart disease than those who roosted less than 11 hours a week.  And many of these men polled routinely exercised.  An editorial in the British Journal that research has shown that even if people meet the recommended 30 minutes of physical activity a day, prolonged sitting may still  pose significant adverse metabolic and health effects from prolonged sitting.

But why is NASA involved in advising us the stand up?

NASA has been conducting studies related to the effects of long hours of sitting by astronauts in space.  The concern was avoidance of muscle deterioration.  The findings have implications for the rest of us.

NAS has concluded we should all stand up.

One of the primary physicians assigned to this study was Dr. Joan Vernikos, former director of NASA’s Life Sciences Division.  She is the author of Sitting Kills, Moving Heals, which not only presents a scientific explanation for why sitting has such an impact on our health, but also offers suggestions of what can be done about it.

Dr. Vernikos found that standing was more effective than walking, because standing up involves a change of posture. Standing up effectively utilizes the force of gravity.   It is constant, natural and low-intensity movement that induces gravity as a positive and health-giving factor.

The natural movements do not include time spent at the gym.  They include housecleaning, dancing, vacuuming and hanging clothes to dry, dancing.  Even stirring a pot of sauce or rolling dough can have beneficent effects.

The less you move, Dr. Vernikos says, the less you use gravity, which is “lifeline” in terms of avoiding the detrimental and sometimes catastrophic effects of being always at rest.

Chiropractor, Eric Goodman notes that when you sit, your head and shoulders drop forward, your hip flexors and abdomen shorten, a spinal misalignment that is a major cause of chronic pains. Exercise can lengthens the front of your body and strengthen your back, as well as standing and moving with greater strength and flexibility.

This is not that exercise is worthless. In Brain Rules, Dr. John Medina, an expert in brain biochemistry, states that exercise has positive effects on the brain.  He decries the practice of parochial schools to eliminate physical education for budgetary reasons.  There is a large amount of research to support the relationship to exercise and improved scores on academic testing.  Even jittering one’s leg while sitting can count as a form of exercise that can measurably improve brain function.

Dr. Vernikos advises that we reintroduce opportunities for movement. It is a common notion today that one should stand up and move after each hour of reposing in an office chair.

Walking on bare feet causes a transfer of free electrons from the ground into your body.  Free electrons are a very powerful source of antioxidants, which thin the blood and bring about beneficial changes in heart rate.

Dr. Mercola advises that one activity that compensates for siting is to spend an hour or more every night lying on the floor doing an “Egoscue exercise” helps to realign body posture and compensate for the spinal compression occurring as a result of sitting too much.  He also recommends something called “Acceleration Training, or “Whole Body Vibration Training,” which is performed on a vibrating platform increasing the force of gravity on your body.

From studying astronauts in space, NASA has determined that we should all stand up.