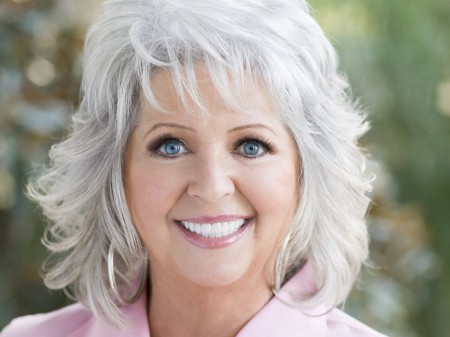 As Paula Deen talked to Matt Lauer about her tattered financial empire and “explained” her use of the ‘N’ word. Deen claimed that the only time she ever used the word was when a man who worked for her held a gun to her head during a bank robbery. We’ve included the video of Deen’s “performance” on the Today show, see what you think.

It is a lot easier to “craw-daddy” when you haven’t taken the oath to, “tell the truth, the whole truth, and nothing but the truth, so help you God.” This fairy story has done anything to help her shattered image, in our opinion.

Paula Deen wasn’t under oath on the Today show and was then able to make a last ditch attempt at damage control. While some other news sources feel that her performance on the Today show was reminiscent of the late Tammy Faye Bakker’s “crocodile” performances many years ago on national television.

Tammy Faye was married to the Reverend Jim Bakker and the couple ran the PTL club which gathered in money from the devout in support of the Praise the Lord television ministry. In 1987 amid revelations that Jim Bakker had misappropriated the money that had been sent in to the ministry and used it on drugs, sex with prostitutes and approximately $200,000 on buying Jessica Hahn’s silence after “having forced sex with her,” Tammy Faye stood by her man.

Tammy Faye Bakker, who died in 2007 of colon cancer, gave many interviews during the PTL scandal and in a lot of instances she cried on camera. In 1989 Jim Bakker was sentenced to 45 years in prison on 24 fraud and conspiracy counts.

While Jim Bakker was in prison, Tammy Faye divorced him and said in a letter to the New Covenant Church in Orlando, Florida, “For years I have been pretending that everything is all right, when in fact I hurt all the time…I cannot pretend anymore.”

The comparison’s of Deen to Tammy Faye Bakker, who apparently could cry “on demand” are startling, yet despite the different circumstances, oddly appropriate. Bakker also stood to lose a fortune in money “bilked” from the faithful television congregation of PTL.

Deen has a lot to lose as well. Her business partners are deserting her faster than rats on a sinking ship. What is more disturbing is the change of direction that the 66 year-old celebrity cook has taken on the issue.

Originally, when the racist issue reared its ugly head, Deen cancelled her scheduled interview with Lauer on the Today show. She then taped a tearful apology which she posted on YouTube which she later withdrew and replaced with a longer more scripted video that many felt was not sincere nor truthful.

But at least in her, somewhat conflicting, videos on YouTube she was apologising for her transgressions and not pointing an accusatory finger at that mysterious someone who was out to get her. In one, overlong, tearful interview she has changed her image from one of a sinner who got caught out and apologised, to a sinner who has decided to alter the facts in order to garner sympathy.

Neither image is a flattering one, but Paula Deen’s apparent “crocodile tears” on the Today show won’t help her to regain her fortune or her popularity, except from her most devout fans.

But the eruption of the racist scandal that resulted from sworn testimony through a deposition in a discrimination lawsuit against Deen and her restaurant has brought the celebrity cook’s financial empire tumbling down.

The news that Walmart has joined the ever lengthening queue of businesses who are rapidly distancing their companies from Deen seems to infer that her time in the lime light may be over. The Food Network was the first the big name who quickly announced that they would not be asking Ms Deen back.

Then, Smithfield Foods, which sold hams with her name and image, bade Deen adios. That was quickly followed by Caesars Entertainment, which has four Paula Deen Buffet restaurants.

While QVC are stalling, perhaps to see if Deen’s damage control efforts work, it does appear that the bright culinary star that was Paula Deen has been extinguished.

Certainly there are other issues in the world that are more “news worthy” than the lip slip of a 66 year-old culinary Southern Belle, but the references to Tammy Faye Baker are, it seems, almost spot on. Another “Christian” caught with their hand in the cookie jar and dancing madly to explain it.

While Paula Deen continues to cry her crocodile tears and ask, in a somewhat garbled biblical reference, that “he who is without sin” to throw that first stone, hard; she might want to stay indoors and avoid rocky paths. Just like the old saying, sticks and stones hurt. A lot. Watch the video below and see what you think of Paula Deen’s tears on the Today show.