Paula Deen in Hot Water with the Food Network [Video] 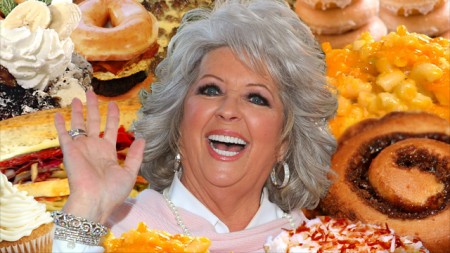 Paula Deen is sitting in hot water these’s days due to her admission that she has used racial slurs in the past towards African Americans. Since early 2002 the television world has been whipping up spicy dishes with none other than southern celebrity Paula Deen. At 66, Deen has been atop the celebrity food game for over ten years and until this week, her reign looked quite secure. Amid the success of the queen of home decoration and food, Martha Stewart, Paula Deen emerged as one of the few who could really compete. Year after year she cooked her way into our hearts and pockets garnering distribution deals as savvy as a Wall Street mogul. Her southern drawl, warm smile and caloric dishes helped America buy into her brand, lock stock and lard filled barrel.

Born Paula Ann Hiers in 1947 during a very racial time in the south in Albany, Georgia, Deen experienced several life defining traumas. Both parents were deceased by her 23rd birthday, shortly after she got married but it ended in a divorce. Left with small children, she began cooking as a way to alleviate panic attacks. She discovered her niche then and launched a sandwich delivery service. After a few years, ‘The Bag Lady’s’ sandwiches outgrew her kitchen and she leased a restaurant. Her hard work paid off big time when in 1999 she had a chance introduction to an agent who recognized her potential. The rest of the recipe is history. A string of network appearances followed and she finally landed her own show.

During a recent deposition concerning a discrimination lawsuit filed by a former employee at a Georgia restaurant owned by Deen, the question of her usage of racial slurs ensued. Deen was questioned by an attorney and was peppered with questions about her racial attitudes. At one point she was asked if she thinks jokes using the N-word are “mean.” Deen says jokes often target minority groups and “I can’t, myself, determine what offends another person.” Once this information hit the internet, her brand, good name and apparently contract with The Food Network was in jeopardy.

Since the middle of the week, Deen and her camp have been doing their best to back pedal and present a racially tolerant image. Then came a series of edited video apologies from Deen. Seeming sincere, Deen sent another mixed message when she failed to appear on the Today Show; stating emotional and physical fatigue, she wished her fans well.

Only a few hours later, The Food Network released a statement that due to the negative press, they were waiving the option to renew Deen’s contract which ended at the end of this month. There have been several pockets of chatter on the internet including an online petition for the network to bring Paula back. Boycotts were threatened if her contract is not renewed. On the other end of the plate you have others celebrating the decision to hold her accountable. What’s missing is an open dialogue with the woman who literally stirred the pot, Paula Deen.

Her explanation is rooted in the era she grew up in. It would be naive of us who grew up in America to claim we were unaware of the racial relations which existed 60 years ago. Though we have made serious stride as a nation, shame on us if we act as if the use of the N-word and other racially charged slurs were not a norm. This does not make it right, but it does lend credence to Deen’s perspective. People who come from that time frame grew up with a different outlook on those of another race. There was a swarm of ignorance, family traditions and extreme fear.

As far as Paula Deen is concerned, her future has yet to be decided by network executives. For now, she is out of a television gig. I guess we will just have to put this pie in the oven and wait to see how it all comes out.