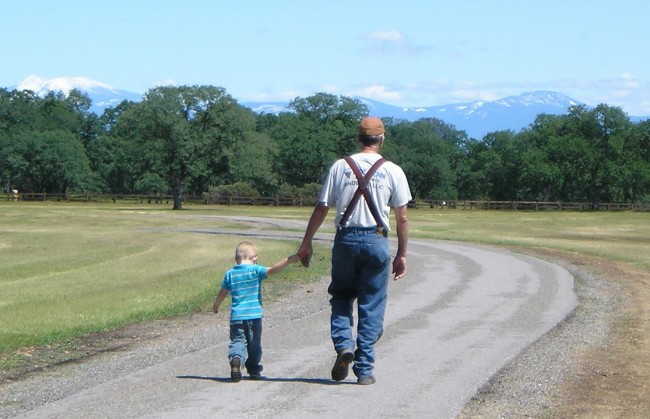 Preliminary studies indicate that walking for 15 minutes after meals lowers the rate of type-2 diabetes of older adults.

The results must be confirmed by larger studies, but early indications are that walking for 15 minutes three times a week after eating evening meals can lower one’s risk of developing type-2 diabetes.

Research by George Washington University that was published today in Diabetes Care, suggests that the 15-minute post-meal walks control blood sugar as well as one long 45-minute walk.

The study states that resting after eating “is the worst thing you can do.” This is because resting after a meal can elevate the blood sugar levels in your body, thus increasing one’s risk for getting type-2 diabetes.

According to the lead author of the study, Loretta DiPietro, the US study was the first to test short bouts of exercise in the “risky period” following meals, when blood sugar can rise rapidly.

High blood sugar after meals, she stated,  was a key risk factor in the progression from impaired glucose tolerance, or “pre-diabetes” to type-2 diabetes and cardiovascular disease.

According to the findings of the study, walking after eating meals was “significantly more effective” at “blunting the potentially damaging elevations in post-meal blood sugar commonly observed in older people”.

The researchers said that older people may be “particularly susceptible” to poor blood sugar control after meals.
This is due to insulin resistance in the muscles and slow or low insulin secretion from the pancreas.

They found the best time to walk was after the evening meal, which is often the largest of the day and therefore causes the greatest rise in blood sugar.

The increased levels of blood sugar, according to the study, lasted “well into the night and early morning,” but was “curbed significantly” as soon as people started to walk.

The preliminary study was conducted using 10 people who were 60 and over and were at the risk of developing type-2 diabetes due to higher-than-normal levels of fasting blood sugar and insufficient physical activity.

If other studies confirm the findings, brief walks would be an inexpensive strategy”  for preventing type-2 diabetes, according to Dr. DiPetro.

“These findings are good news for people in their 70s and 80s who may feel more capable of engaging in intermittent physical activity on a daily basis, especially if the short walks can be combined with running errands or walking the dog. The muscle contractions connected with short walks were immediately effective in blunting the potentially damaging elevations in post-meal blood sugar commonly observed in older people.”

Approximately 79 million Americans have pre-diabetes. Most of these have no idea they are at risk.

This is the first study to examine short bouts of physical activity timed around the risky period following meals—a time when blood sugar can rise rapidly and potentially cause damage.

Though more research is needed to confirm these preliminary findings, they strongly suggest that walking after meals lowers the rate of type-2 diabetes among older people.