AT&T Guilty of Abusively Exploiting You? What About Facebook? – The Truth

Part one: Are U.S. Wireless Carriers Ripping People Off? 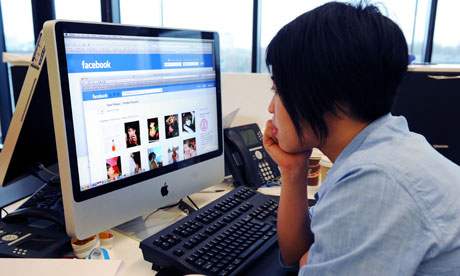 AT&T, Verizon, Sprint and T-mobile are exploiting you for sure but what about Facebook? In my preamble to an unfolding series of posts on how U.S. wireless carriers are ripping us off, I stated the following:

“I’ve uncovered truths that may one day result in billions of dollars being re-directed from the coffers of corporate America to the people who create multimedia such as images, music and videos – aka user generated content.”

Before the Internet became popular you and I were inundated with a never ending flood of multimedia designed to capture our attention – primarily to sell us something. Whether it was the media itself (records, tapes, cassettes, CDs, videos, newspapers, magazines, photographs) or multimedia presentation experiences such as movies and television filled with advertising, the intention was for you and I to buy something!

Ironically, today copyrights are perceived more as a hindrance to progress than the enabler of success it used to be. (That misconception is critical to understanding how the wireless carriers are ripping people off.)

After the Internet became popular and digital technologies became widely and inexpensively available, you and I were empowered to create multimedia in a way that was unimaginable just a few years before. Flawless sound recordings, videos and other multimedia could be created right there in our bedrooms that looked and sounded as good as the “big media” companies were producing!

Back in the day, it used to cost an average $200 an hour for time in a professional recording studio. The best way to get your stuff recorded was to get a label to finance your productions by giving you an advance against future earnings, and so labels were an integral part of the process if a creator/artist was to get anywhere and once you were signed – they owned you.

American Idol, The X Factor and other talent venues are shining examples that there has never been a shortage of outstanding talent in the world but since “big media” was in control back in the day, they only financed the chosen few they felt would give them the largest return on their investments. Now that doesn’t make them evil, it’s just good business thinking and practices on behalf of “big media” to make a profit.

If you’re a creator of any type of multimedia, nowadays it’s social media not “big media” that you need to make your mark on the world. New technologies like Facebook, Twitter and many other new similar systems on earth totally rely upon “user generated” content to fuel their engines for growth. These new systems were all created with the same unfaltering and innocent belief that all men can create equally, therefore let them share equally – free. To a person born under these conditions (the Internet generation) why would anyone think or do otherwise?

However, just like “big media” the Facebooks of the world are doing what they do to make money. Maybe not directly from users but definitely indirectly from others who want to sell us something now that Facebook has gathered us in a circle by offering something free.

According to current U.S. laws, there is no difference between “big media” creations or “user generated” creations as they are all protected by copyright the moment they are “…fixed in any tangible medium of expression, now known or later developed, from which they can be perceived…” (Section 102). Contrary to the tech communities’ general way of thinking, this includes digital mediums of expression. Like it or not that is the law – for now.

The law also states that you, as the creator and copyright holder have the “…exclusive rights to do and to authorize any of the following:  (1) (2) (3) …to distribute copies…(Section 106).

Wait!  If the above is true, then how can Facebook and similar newer systems exploit “user generated” content in a way that removes these rights as granted by U.S. copyright laws? The basic answer as opposed to a more complex legal answer is: Facebook is NOT making a direct financial gain (charging for the sharing) and Facebook has Internet safe harbor protections as provided within the Digital Millennium Copyright Act of 1998 (DMCA).

Most enlightening is if you put the wireless carrier’s system for mobile multimedia file-sharing under the same microscope it reveals a blatant flaw within their infrastructure because although the system totally relies upon “user generated” copyrighted works, there is no system for accountability for the works being shared. There is no system for fair compensation to the creators of the copyrighted works being shared and there is no system for standard measures of copyright protection (eg; Digital Rights Management). And although tens of billions of dollars have been directly generated to the carriers via this closed system that is separate from the Internet, they have not paid anything to the people generating the content necessary to their gains so basically they’re messing with our money – the victim is you.

Curiously enough, although there is a document entitled, “International MMS Rates to Consumers” published on at least Verizon’s website that lists wireless carriers from all over the world and their fees for sending and receiving multimedia on mobile devices throughout the world, U.S. wireless carrier’s names and fees have recently been removed from that list altogether!

Next up: Part two – a story about those who took the “giants” to court about these issues.