Halle Berry Got a Ring On It 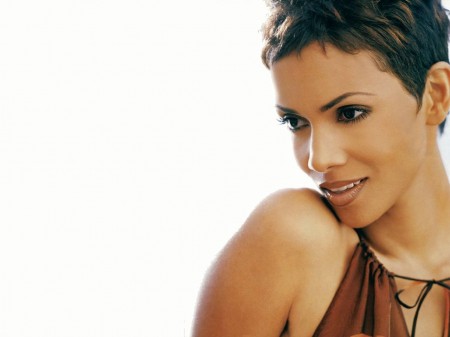 Like the Beyonce Knowles song says, “If you like it you shoulda put a ring on it,” and that’s exactly what Halle Berry got from her fiance French actor Olivier Martinez, a ring on it! Reports are coming out of the country that the 46 year-old actress and the 47 year-old actor exchanged rings in a wedding ceremony in France!

The wedding is said to have taken place at the Chateau des Conde in Vallery, France. E! News has pictures of the happy couple and of the white sports car that the newlyweds used to leave the celebrations. People.com have also shown photographs that feature “wedding guests entering a white tent adjoining the chateau, which has a church on its grounds.”

Speculation is that the wedding was not a large one. Apparently when Halle Berry spoke to InStyle magazine in June, she said then that the ceremony would be small and intimate. She said, “I do know it will be very small,” She added, “I haven’t been to many weddings, but I went to one this weekend with 250 guests. I thought, Wow—so this is a wedding, huh? I’ve never had that, nor have I wanted that. I wasn’t even trying to catch the bouquet!”

While this will be Martinez’s first marriage, this will be Berry’s third trip down the aisle. She swore that she never consider marriage again after her divorces from baseball player David Justice and singer Eric Benet. Halle’s relationships have all been a bit on the disastrous side, her relationship with male model Gabriel Aubry, who she had her 5 year-old daughter, Nahla with, ended badly.

But luckily for Olivier Martinez, the messy end to Halle Berry’s relationship with Gabriel Aubry did put her off the idea of marriage as she accepted the ring offered and it looks like she threw caution to the wind and walked up the aisle again.

Berry and Aubry separated in 2010 and they immediately became embroiled in a very public custody battle. The issue was that Berry wanted to move to France with her daughter and Aubry, who lived in Los Angeles at the time, strongly objected.

His objection was based on his shared custody arrangements with Berry. Two weeks later, Aubry and Martinez were treated after having a fight. Martinez got a restraining order that against Aubry. Aubry then got his own restraining order after proving that Martinez had caused considerable damage to his face during their altercation. It took the former couple until November, 2012 to finalize their divorce in an amicable manner.

Marinez may not have been married before, but he did have the pleasure of dating Ms Kylie Minogue. The French actor has obviously decided that the French/Australian mix wasn’t as good as the American/French mix!

The newly married couple first met in 2010 when they were co-starring in the film Dark Tide. They kept their relationship pretty low key until Olivier gave Berry an engagement ring that consisted of both diamonds and emeralds in March of last year. Halle got so excited that she went public about their engagement and happily said “Who knew? Never say never, people!”

Shortly after the happy actress announced her engagement to Martinez her rep relayed the news that the actress was three months pregnant with Martinez’s child, a boy.

So like the song says, Martinez liked it and put a ring on it, Halle Berry’s finger that is, and we want to wish the happy couple good luck in their new marriage!