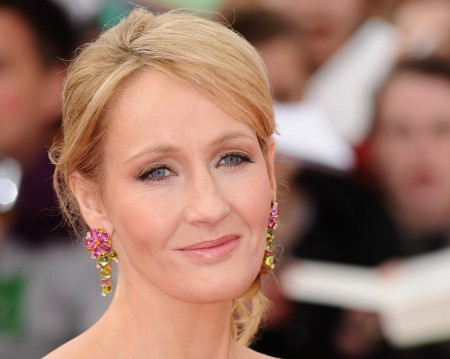 Many authors write under pseudonyms and J K Rowling is no exception, she’s just the most recent author to “get caught out” and her once secret moniker is now out in the open. She decided to use her own brand of magic to create a new identity for herself so she could commit murder in her new book, The Cuckoo’s Calling. She invented an ex-military man who’d retired and wrote his “debut” novel based on his experiences in military service. Her magically invented author was called Robert Galbraith.

But writing under another name is not a new thing, nor is it unusual. Ed McBain, aka Evan Hunter did it, Donald Westlake, Stephen King and a slew of other authors have written books under “assumed” names and pseudonyms and had great success doing so. So Rowling is actually participating in a long literary tradition.

King was the most recently publicised, before Rowling got rumbled. King actually decided to reveal the secret himself after having some less than savoury dealings with a nameless individual who tried to blackmail the author after finding out King’s secret identity of Richard Bachman.

Rowling had only just made the switch from children’s author to adult with her book The Casual Vacancy which was published after she and her agent Christopher Little had an amicable parting of ways. Her first grown-up’s book did well and sold over one million copies upon its initial release.

Like the Harry Potter books, The Casual Vacancy will be adapted for the screen, albeit the small screen as it will become a BBC drama series on television. The show is expected to debut in 2014 on BBC One. The writer is working closely with the BBC on the book’s adaptation.

The 47 year-old writer has talked of writing a crime novel before. In 2007, author Ian Rankin said that his wife saw Rowling working on a crime novel in a cafe. Rankin later claimed that the “sighting” was actually a joke. But the rumour of Rowling writing a detective novel began to grow to the point that the English newspaper The Guardian predicted in 2012 that her next book would indeed be a crime novel.

J K Rowling told Stephen Fry in 2005 that if she were to write a book under another name, people would “work out in seconds” that it was her. And that is what happened, more or less. After using a sort of “muggle” magic, she created her new identity to commit murder in the new crime book and it was worked out very quickly that Galbraith was Rowling!

The book that the 47 year-old female author wrote under the guise of Robert Galbraith, was the crime novel The Cuckoo’s Calling. The book did very well in the sales department and the short “author’s bio” attached to the literary work stated that, “Galbraith was an ex-military man who was married with two sons. He wrote the novel based on experiences from his military life.” It also points out, rather tellingly, that the name of Galbraith is a pseudonym.

The debut novel, according to The Washington Post is about a war veteran turned professional sleuth who gets called in to investigate a model’s unexplained death and the book garnered very enthusiastic reviews. It was published by an affiliate of Publisher’s Little, Brown & Co.

As Rowling predicted way back in 2005, she was rumbled fairly quickly as the real author by another newspaper, The Sunday Times. The paper wanted to know more about this “new” author and began to collate information about the retired military man. The paper wanted to find out, “how a first-time author with a background in the army and the civilian security industry could write such an assured debut novel.”

It was this investigation that put all the clues together that pointed to Rowling and Galbraith being the same person. The Sunday Times said that the “clues” included the realisation that both authors shared the same agent and editor. Combined with the fact that Little, Brown & Co published Rowling’s “grown-up” novel as well also led the paper to look at the writing styles of both authors a bit more closely. The two writers shared common traits.

Once Rowling’s publicist confirmed the paper’s detective work, the book written by Galbraith suddenly became a very hot property and sold out. Although according to Waterstones, that was not too impressive a feat as there were only a “handful” of the books scattered throughout stores in the country.

However, publishers Little, Brown & Co have said that new copies are being produced and will be on their way to bookshelves with an appended author bio.

So in a way, Rowling went back to her Harry Potter roots when she used her own brand of magic to create a new author who was going to commit literary murder in her new crime novel.