But is She Really? 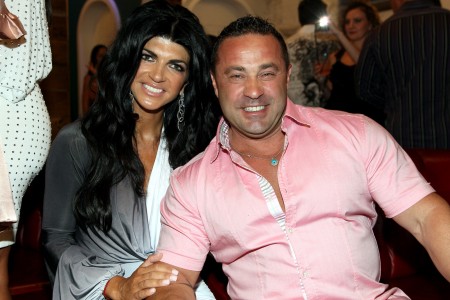 Teresa Giudice, who you might know from the critically acclaimed show Real Housewives of New Jersey, had to go to court today. She and her husband had to go and face a judge. They have been accused of defrauding lenders during bankruptcy proceedings. The indictment was issued on Monday and consists of federal fraud charges. Very serious indeed. Most people are glad that these ‘celebrities’ are facing said charges because nobody should get away with any crime, even if you are a real housewife. However Teresa Giudice is convinced of her own innocence and will go for a: “not guilty” plea.

Teresa tweeted on Monday: “Today is a most difficult day for our family,” She continued with: “I support Joe and, as a wonderful husband and father, I know he wants only the best for our lovely daughters and me. I am committed to my family and intend to maintain our lives in the best way possible, which includes continuing my career. As a result, I am hopeful that we will resolve this matter with the Government as quickly as possible. Thank you all for your kind wishes, prayers and support.”

Luckily for Teresa and her husband they didn’t have to stay long in the court house. After they posted bail, which was a $500,000 bond each, gave up their passports and promised they wouldn’t leave New jersey or New York, they were free to go. They refused the right to enter a plea at that moment.

The network that placed Giudice on TV, Bravo, has not commented yet. The Real Housewives New Jersey series is now in its fifth season. It is not clear yet if Bravo wants to continue with the show, and if so: it is also not clear if Teresa will continue being featured on it. (Of course only if the courts agree with Giudice’s “not guilty” plea.)

The nitty-gritty of the case will soon be revealed, however, for now there are some details we can share:

Things are looking rather bleak for the couple. If they are found guilty and convicted, they might have to spend the next 30 years in prison. In addition: Joe, Teresa’s husband, isn’t an American and will be deported back to Italy. However, even in light of all this, Teresa has stated via her attorney Henry Klingeman, that she would plead: “Not Guilty.” If this is the truth or just the truth according to Teresa will be determined at the end of these proceedings.

What do you think? Is she guilty or not? What does your gut tell you about her plea? Would you have liked to be on that jury? If she is found innocent, but in a O.J. way, will you still be watching Real Housewives of New Jersey?